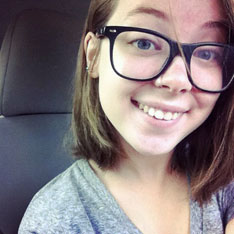 The Importance of Planned Parenthood in a College Community

As a college student, living paycheck-to-paycheck, I understand the importance of affordable healthcare. I am lucky enough to still be on my parent’s health insurance which covers my current method of birth control. I am privileged beyond compare by this alone, but not everyone is so lucky. College is a time specifically known for growth and struggle. I mean, we hear people constantly referring to life in college revolving around being able to afford nothing but ramen noodles and cereal for dinner every night. It’s no surprise that if college aged students can barely afford their meals, that they probably struggle with paying for their medical needs as well. This is what Planned Parenthood is here for. Planned Parenthood works towards offering healthcare to those without insurance, to those who… Read more »

My Armpits, My Choice: An Open Letter

Dear everyone that I’ve caught staring at the patches of hair under my arms, You aren’t mistaken; there is DEFINITELY hair there. You can stop staring now. The incessant looking me over after seeing the patches of brown growing beneath my armpits, making sure that I am in fact a female, is both unnecessary and rude. And before you get all defensive saying that I’m “only doing it for attention” and am therefore asking for your gaze, please recognize that the world doesn’t in fact revolve around you and this is a choice I’ve made for myself. I’m sorry to be so hostile, one just grows tired of the looks of disgust (that our male counterparts rarely receive for their body hair) and rude comments about hygiene and femininity. (Which… Read more »

It’s More than ‘Just a Hairstyle’

So, I want to start off by saying that I’m sorry for jumping on the bandwagon real quick and talking about the current media phenomenon; Miley Cyrus and her VMA fiasco. There are many aspects of her performance as host of the MTV Video Music Awards that we could analyze and call problematic, but I would like to just focus on those long, blonde, dreadlock extensions for a minute. Some may not understand why the internet has erupted with so much negativity towards Miley for her choice of hairstyle, and I would like to talk about the reasons for this outrage. I would also like to preface this by saying that this isn’t just about one person and this definitely isn’t just about hair. This is about years of oppression… Read more »