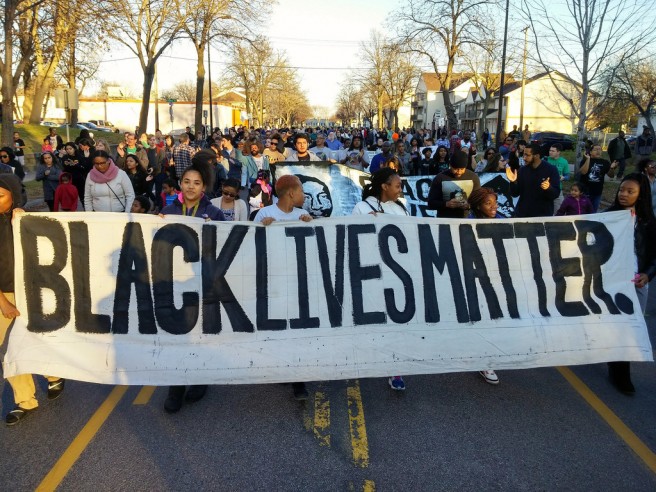 I usually start my day off by avoiding breaking news that reflects how far our nation still has to go on the road for social justice. Unlike white Americans, I don’t have the privilege of ignoring a threat to my human rights, since I have the dual jeopardy of being black and a woman. Whenever I scroll down my Facebook timeline, I see images of the black body either being dehumanized by being shot “on the spot” or, quite simply, criminalized for doing things that any normal person would do. A few days ago, my social media timelines erupted as news outlets reported that Terence Crutcher, a forty-year old black man who was waiting for roadside assistance, was shot and killed by a Tulsa police officer. A few days later, Betty Shelby’s name was released to the media and she was charged with manslaughter in the first degree. The gender of the police officer shocked me since studies show that female officers discharge their weapons at a lower rate than male officers.

Before I state my position, let me say that I fully support Betty Shelby’s criminal charge, but I am disappointed that Betty Shelby has become the sacrificial lamb to atone for the murders that male officers have committed in addition to her own. However, we have seen this before– where women are always held accountable for the wrongs committed by men. Women are used as the sacrifice that society must take to further the concept of patriarchy. The most obvious example in the media is Donald Trump’s persistent blame of Bill Clinton’s extramarital affairs on Hillary Clinton. This division makes it seem like women influence their husband’s decision to cheat. Another example of women taking the blame is in sexual assault and rape cases, where women are blamed for their own rape. One such instance is the priest who blamed a four year old for her own rape by saying that she was “willing.” Michael Kennan, former Ohio mayor, is a classic example of how patriarchy is so embedded in our society that he believes that women are objects and that simply existing is consent.

As Shelby’s irrational behavior that led to Terence Crutcher’s death continues to spark national unrest in the black community, I am left to wonder how her name entered the conversation so quickly. It took nearly a week for Darren Wilson to be named as the murderer of Mike Brown. Officers cited a fear of Wilson’s safety for waiting so long to release his name. It seems as though “protecting your own” is only set in place for men, preferably ones that fit the hegemonic identity of being a white male. On the other hand, it took only three days for Shelby to be named as the murderer via the police dash cam. Nearly a month after Mike Brown’s murder, a trial was held to examine whether Darren Wilson should face criminal charges. In contrast, Shelby faced criminal charges of 1st degree manslaughter within a week. Darren Wilson and Betty Shelby both murdered African American men under the same irrational circumstances, and they should be measured on the same standard.

By imploring patriarchy in the condemnation of only Betty Shelby and not the other male officers and vigilantes who have murdered black men and black women, we face the possibility of erasing the wrongs that the male police officers have committed against black bodies. Like many have stated before, being charged is one circumstance, but being indicted is another. To be honest, I wouldn’t be shocked if sexism is used to justify Crutcher’s murder. Again, this doesn’t mean that Shelby shouldn’t be found guilty. We can’t let the fact that one officer was promptly charged distract us from the many other times we failed to hold police accountable in our justice system. Cops, no matter what gender, aren’t the problem. Cops who implore racist tactics and who engage in implicit bias are the problem. The end result should always be justice.