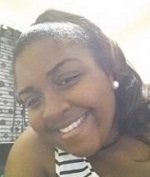 Major: Gender and Race Studies
Hometown: Fort Deposit, Alabama
Favorite writer: My favorite writer is Nella Larson, who is the author of my all-time favorite books Quicksand and Passing. I am also fond of Toni Morrison who wrote a brilliant novel that encompasses the intersections of race and feminism in the story of Sula.
Favorite sex scene from a movie/TV/book: N/A
Hidden Talent: A hidden talent that I have is lip syncing. The only downfall is being asked to add sound to this talent.

There’s Something In the Air 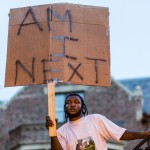 There’s something in the air. It spreads like a plague, an unquestionable fear deep seated in the roots of oppression. Its wings spread ever so gently throughout the country, the home that many black people and other people of color have known all of their lives. The voice that it occupies feels us with fear, hate, sadness and other emotions that interpersonal human reactions haven’t processed yet. This voice approaches the doorsteps of our social spaces and stares us in the face. We stare grimly, desperately and fearfully at this figure. What is a person of color supposed to do in this situation? Is this what our world has become as a result of this new era? Have our lives and our everyday lived experiences become a facade for society… Read more »

As a black woman, I have a deep-seated anger for people who attempt to emphasize the qualities that all black women should have to be more desirable on social circles. Those who criticize their poise, their grace, their idea of elegance use blatant misogynoir to disprove the humanity of black women. This dissatisfaction of black women comes from many people, including black men and black women. One black woman who is gaining momentum for her views on black women, equality and sexual and reproductive freedom: Ro Elori Cutno. Ro Elori Cutno is the author of Man Leads, Woman Follows, Everyone Wins that claims to be a manifesto for black woman to keep a man. While Cutno claims to be an expert and professional consultant of culture and language, her rhetoric… Read more »

This burden called strength is a constant debacle that Black women face daily. This strength refers to the principle that Black women are indestructible forces that are built to not be damaged by oppression, whether it is institutional or personal. We see this played out in slave narratives where mothers are stripped away from their children and are forced to grow thicker skin to bear with the loss of their children. Social norms have created this persona where strong Black women refuse to complain about doing it all. Their social script only recognizes them when they are able to tolerate the intolerable. However, this idea is detrimental to Black women since it neglects their humanity. A consequence of the archetype of Black women’s inhumane strength is that society views them… Read more »

#SorryNotSorry: Bush Doesn’t Get a Pass

As outrage and protests surrounding abortion access, race relations and trans bathroom laws continue one month into Trump’s presidency, we are reminded how his administration resembles a dictatorship. Just days after rejecting ties to Russia, and claiming “all media is fake because so much of the media is fake,” Trump refused to allow CNN, the New York Times, and other news outlets to have access to press briefings. Not only does this limit the amount of opinions on the press briefings, it is harmful to our civil liberties and undermines the 1st Amendment. As the first conservative president we’ve had in eight years, it’s inevitable that people have already made uninformed comparisons of Trump to former president, George W. Bush. Memes that mocked Bush’s battle with a poncho at Trump’s inauguration and TV… Read more »

It’s that time of the year again: Black History Month. It may be 2017, but it’s obvious that the nation is still divided on the reason why we have a month set aside to honor the accomplishments and resilience of African Americans and other people of color in white spaces. Black history empowers the black community, since the descendants of slaves wear the mental chains of slavery and the descendants of slave owners continue to reap the benefits. In many history classes, educators, professors and social justice scholars work to educate the masses about the ongoing struggle for civil rights. However, some fail to mention the legacy of black women. Throughout history, black women have been told to take the backseat to the accomplishments of black men, and that they… Read more »

The Hypocrisy of March for Life 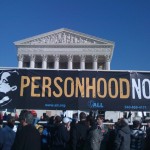 Nearly a week after Trump’s control of America started, March for Life — a movement built in preserving the fetus’ life and fighting for its rights — is making headway. Although the march happened on the 27th, its meaning is really valuable now, since Congress has introduced a total abortion ban across the United States. Not only will this piece of legislation be unconstitutional, but it will not solve the problem. This and other anti-choice legislation introduced into Congress would have a devastating effect on safe and legal abortion access, but this will not stop these same women from going to back alley doctors to receive medical care that is harmful. March for Life marches for life of the unborn, but they neglect to give the same respect to the living…. Read more »

The Message Trump’s America Sends to People of Color

Since Trump’s election, racial tensions have increased and there has been a rise of suicides in marginalized communities who fear the social and economic policies that Trump promised throughout his campaign. Even though Trump claimed to be representative of all people, he has proved time and time again that he has no experience conversing with people of different backgrounds, specifically through his impersonal rhetoric that devalues the humanity of anyone who isn’t like himself. It seems like Trump has taken his own example and elected people to his cabinet who hold similar, narrow-minded and harmful values. His choices for his cabinet are chilling and alarming– feelings that many people of color recognize all too well. One controversial candidate for a position on Trump’s cabinet is Senator Jeff Sessions from Alabama. Alabamians, such as… Read more »

White Feminism and the 2016 Election

These past few weeks have been riddled with many emotions: white supremacists are enthused that they get to reclaim a country that never belonged to them, marginalized communities fear for their safety in this new world order, where racism and bigotry are being normalized, and neutral white people are just now realizing that our country is fucked up. While most media sites are ignoring the people Donald Trump is appointing to his cabinet to focus their headlines and leads on celebrity relationships, I’m still unpacking the racist ideologies behind white women’s support for the future  president. White feminism centers on gaining equal rights for white cisgender women (preferably middle class) that align with the same rights granted to white cisgender men. They are willing to shun their gender by neglecting the intersections… Read more »

Voting Obstacles Then and Now

Social media outlets have become major instruments to explore people’s deepest thoughts during this election cycle. Many people, some of them trolls, utilize social media as a mic to air out personal feelings about the election, whether they are positive or negative (which most of them are). Throughout the election cycle, there have been discuss over the voting obstacles that various groups of people face across the nation. One thing that has stood out is the idea of voter suppression among people of color and other members of marginalized groups. Concepts, such as this one, are quite familiar, especially during the start of the Jim Crow era where black men were granted the right to vote through the passage of the 15th amendment. However, we all know that just because a law says… Read more »