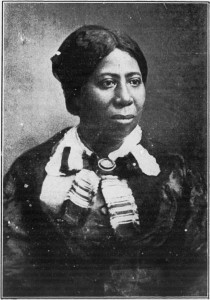 It’s that time of the year again: Black History Month. It may be 2017, but it’s obvious that the nation is still divided on the reason why we have a month set aside to honor the accomplishments and resilience of African Americans and other people of color in white spaces. Black history empowers the black community, since the descendants of slaves wear the mental chains of slavery and the descendants of slave owners continue to reap the benefits. In many history classes, educators, professors and social justice scholars work to educate the masses about the ongoing struggle for civil rights. However, some fail to mention the legacy of black women. Throughout history, black women have been told to take the backseat to the accomplishments of black men, and that they will have to wait until the “Negro’s hour” is over. This minimizes the narratives of black women, erasing black women’s involvement in their own history.

A common civil rights advocate mentioned during Black History Month is Frederick Douglass, the 19th century abolitionist who Donald Trump and Sean Spicer are convinced is still alive. Douglass, the author of “Narrative of the Life of Frederick Douglass: an American Slave,” escaped slavery with the help of his first wife, Anna Murray. However, Murray’s involvement is left out of this autobiography, some think, in order to conform to respectability politics that Douglass’s inner circle taught him. Murray sold many of her personal belongings to help purchase a plane ticket to aid in Douglass’ escape. As a married man, Douglass frequently entertained white abolitionists and focused on the oppression faced specifically by black men while ignoring the fact that white abolitionists shared a disdain for Murray. Leaving out Anna Murray-Douglass’ involvement erases the experience that a black woman had while being married to well-known black man.

Another example is the recent release of the film Hidden Figures. It showcased the powerful history of three black women, Katherine G. Johnson, Dorothy Vaughan and Mary Jackson, who helped launch John Glenn into space. This movie shined in the box office, finally highlighting the vital role that black women played in telling their own stories. And, of course, misogynoir reared its ugly head. Across social media, many commentators, compromised of  misogynistic black men, claimed that Hidden Figures left out the stories of black men. This is shocking since black women are always told to support any movie that is pro-black, but some black men neglect the fact that you can’t be pro-black in conjunction with being anti-woman, anti-queer, anti-trans, etc. Hidden Figures is probably one of the first movies to recreate the narratives of what it means to be black and a woman in America. Luckily, the tears of these groups were covered with the success and awards of Hidden Figures.

Another film relating to Black History is Nate Parker’s film Birth of a Nation. While the film told the story of Nat Turner and his 1831 slave revolt in Virginia, Nate Parker’s sexual assault allegations hurt the film at the box office. The article “Birth of A Nation’s Box Office Flop and The Unrepentant Pettiness of Black Feminists” blamed the film’s flop on black feminists rather than holding Parker accountable for his actions. The article goes on to claim that black feminists make up a cyber mafia that heavily polices a black men’s ideals when he, say, marries a white woman, regardless of whether he is pro-black or not.

Regardless of whether the movie was good or not, Nate Parker’s involvement in creating a movie that helped to define black history should not be honored. Just like Roxanne Gay said, “I cannot separate the art and the artist, just as I cannot separate my blackness and my continuing desire for more representation of the black experience in film from my womanhood, my feminism, my own history of sexual violence, my humanity.” Like Gay, I can’t compartmentalize why black women are left out of the history that they helped create or forced to take the back seat in order for black men to gain equality first. Nevertheless, I am honored that a month is specifically set aside to remind people of the rich culture of African Americans.