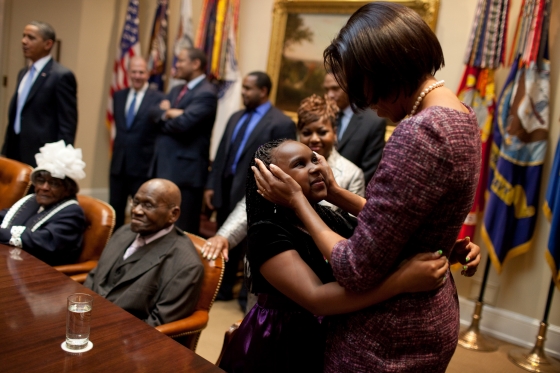 This burden called strength is a constant debacle that Black women face daily. This strength refers to the principle that Black women are indestructible forces that are built to not be damaged by oppression, whether it is institutional or personal. We see this played out in slave narratives where mothers are stripped away from their children and are forced to grow thicker skin to bear with the loss of their children. Social norms have created this persona where strong Black women refuse to complain about doing it all. Their social script only recognizes them when they are able to tolerate the intolerable. However, this idea is detrimental to Black women since it neglects their humanity.

A consequence of the archetype of Black women’s inhumane strength is that society views them incapable of mental health illnesses. Even the Black community believes this myth and Black women are ridiculed for being abnormal. The Black community would use religion as a method to discourage Black women from seeking out psychological and emotional help outside of their community. Through this, they encourage Black women to embrace their struggle, even if it ends up costing them their lives. Again, Black women’s social script of being indestructible in the face of adversity leads some Black women to deny the possibility of depression, which in turn makes society deny this basic human reaction.

As bell hooks states, the defining quality of womanhood for Black women is the aptitude of strength. Its application is used in Black women’s daily lives when confronting injustice, fighting on the front lines for equal rights, etc. This construction of strength allows Black women and spectators to not care about her struggle, and turn away from any real burden that she is facing. I think bell hooks said it best: “It is not that Black women have not been and are not strong; it is simply that this is only part of our story, a dimension, just as the suffering is another dimension—one that has been most unnoticed and unattended to” (bell hooks, Talking Back). Thus, this strength that is often exaggerated is only part of the multiplicities of black women’s identity.

On the upside of the archetype of the strong Black woman, many women find comfort in this narrative. It is a narrative that has been praised in African American literature and heavily debated in academic journals. This strength invokes a sense of a personal identity for some Black women since it gives them a purpose; however, this in turn strips them of their social identity whenever they navigate within other social spaces.