The Hypocrisy of March for Life 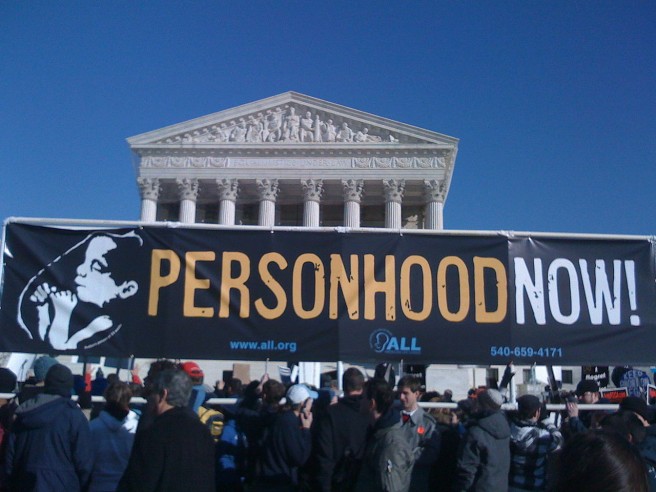 Nearly a week after Trump’s control of America started, March for Life — a movement built in preserving the fetus’ life and fighting for its rights — is making headway. Although the march happened on the 27th, its meaning is really valuable now, since Congress has introduced a total abortion ban across the United States. Not only will this piece of legislation be unconstitutional, but it will not solve the problem. This and other anti-choice legislation introduced into Congress would have a devastating effect on safe and legal abortion access, but this will not stop these same women from going to back alley doctors to receive medical care that is harmful.

March for Life marches for life of the unborn, but they neglect to give the same respect to the living. One of the signs fro the March for Life march read, “Carrying a child for nine months is no great scourge.” Other signs used kids as pawns to describe why the unborn child deserved a chance at life, even if it was conceived through rape or incest. Some signs went so far as to say that you have to give the baby a chance at life because the mother had a chance. Religious officials also view it as a sacrifice if the mother dies during childbirth. Viewing an unborn fetus life as a separate entity, even after it has reached viability, is detrimental since this new life can’t live without valuable resources.

March for Life marches for life of the unborn, but they neglect to care about the life of the Syrian refugees whose lives are on the line. This pure hypocrisy proves that all lives don’t matter. The protesters care about a life being born, but they lose interest after this life needs to be fed, clothed and protected from harm. Some protesters claim to care about all lives, including lives that are in danger, such as the refugees and Black Lives Matter. However, you never see them as part of the resistance against Trump, whose campaign promises are rooted in hypocrisy. Trump is planning on defunding Planned Parenthood and other healthcare allowing women to receive safe and affordable healthcare. Doesn’t safe healthcare coincide directly with quality of life, which is a factor that the March for Life should be concerned about? Ignoring the correlation between life and health proves that March for Life is only concerned about a life being born.

Only speaking for unborn lives does nothing to improve the circumstances that marginalized groups face. If you are pro-life, you should support all modes of lives, including unborn lives, refugees lives, black and brown lives, etc. Erasing living “lives” not only narrows the approach that March for Life is working for, but it tells you that once you are born, you will be on you own.

Image by brochurman via: Wikimedia Commons