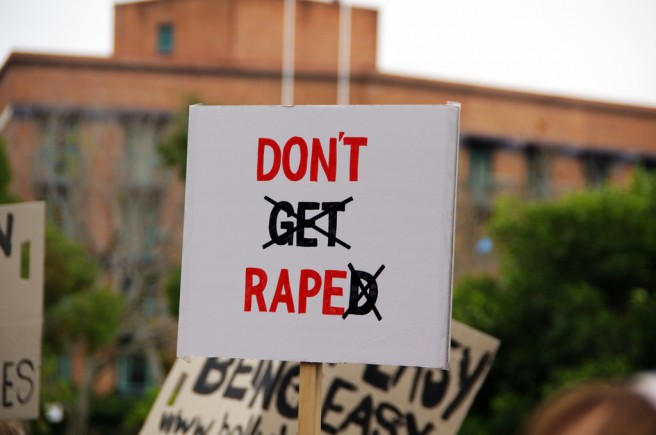 If well implemented, “yes means yes” education in high school could have very positive, direct effects. For one thing, starting the conversation in high school instead of waiting for those cheesy freshmen orientation plays makes sense if we want to equip students with the emotional intelligence they need to navigate their college careers. In a more immediate sense, it could help the 37% of girls between the ages of 14 and their sophomore year of college  who report being the victim of attempted or completed rape.

But maybe the most radical implication of including “yes means yes” education in high school is its potential to expand the conversation about sexual assault to include folks from marginalized communities. Not only are marginalized communities underrepresented in college thanks to our racist, classist college admissions process, but even those who are accepted have their experiences either minimized or outright denied. Introducing the notion of affirmative consent to the millions of high school students in California would expand the influence of definitional distinctions hard won by the feminist movement and, in the process, broaden our narrow national narrative around sexual assault.

Too often today, the national conversation about sexual assault focuses almost exclusively on the threat of rape “our daughters” face when they enter college. And it’s not that these worries are unfounded or unreasonable. There is an alarmingly high incidence of rape and sexual assault on college campuses. But there’s also an ugly side to this narrative that confines the epidemic of sexual assault to college campuses and the “respectable” victims we imagine there. Within this narrative, those who are otherwise hyper sexualized and devalued in society are routinely doubted and outright contradicted when they report their own rape. This means that non-white college students, young people who don’t go to college, LGBT people, and sex workers don’t get the same national outcry or support when dealing with the trauma of rape.

An affirmative model of sexual consent in high school health classes that comports with the basic respect we expect in all social interactions has the real potential to make our national conversation about rape more inclusive of those whose pain all too often goes unacknowledged. Reaching high school students helps deal with the sad reality that rape culture doesn’t start in college, but is born from our misogynistic, racist society.