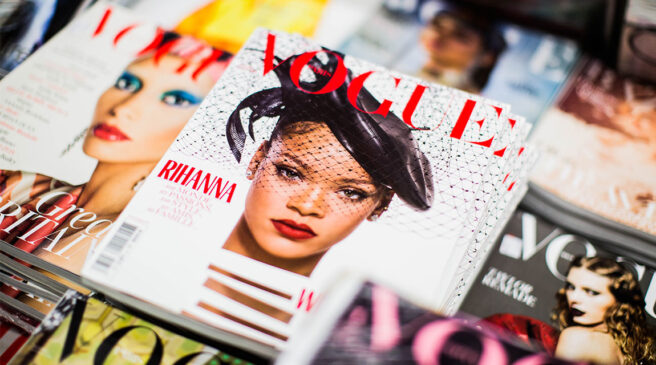 These unprecedented times have caused people to have second thoughts about what is considered “normal” in our society. I have noticed a particular trend of people starting to pick apart our relationship with celebrities and the culture that holds on the majority of the American public. Earlier in the pandemic, there was talk about the “beginning of the end of celebrity culture,” as tensions rose between the elite and the masses. I was excited about the idea. Seeing celebrities roll around in their excessive wealth was beginning to bother me, more than it usually would. It has become difficult to put all the grand gestures of fame and fortune on social media and at award shows and galas in context with the reality most “normal” people are living right now.

Celebrity culture revolves around the interests of consumers; they sell you a false feeling of intimacy in exchange for social power and riches. In a country where it is easy to tie one’s sense of self to their ability to consume, there is no wonder why celebrity culture has thrived. However, it is becoming more apparent to me that this relationship is not as symbiotic as it appears. According to the US Census, in 2020, 54.3% of Americans made less than $50,000 annually. And while the rich and famous continue to become even more wealthy, the rest of the country is left to deal with the consequences of the ongoing recession and public health crisis triggered by the pandemic. The masses must start reevaluating our participation in celebrity culture and our relationships with our favorite celebrities.

These sentiments are not coming from a pretentious place. I am also guilty of tuning into the latest celebrity gossip or occasionally fawning over my favorite singers and actors. And, like many others that came up during the digital age, I spent a considerable amount of time “stanning” various famous people in my early adolescence. Stan is a term used to describe an overzealous and devoted fan. Parasocial interactions between an audience and the performers have always existed. But, the internet has pushed these relationships to some bizarre places, as shown by the development of the “stan.” Even the most benevolent stans will find themselves performing free labor for their “favs” by effectively turning into a publicist or A&R representative and consistently promoting their music for them or doing damage control during points of controversy. The act of stanning is not inherently toxic or extreme. But, at its most intense, it can have real-world implications for all parties involved.

In recent news, the controversy surrounding the legal troubles of rapper Nicki Minaj continues to unfold as the victim of her husband’s sexual assault; Jennifer Hough gave her first televised interview on The Real. Already, people are beginning to fear for the woman’s safety not only because of Minaj’s history of witness intimidation but also the threat of her stans, undoubtedly harassing Hough and those that come to her defense. If you are at all familiar with internet culture, you know it is not uncommon for some stans to relentlessly bully and harass people off of the strength of their obsession with a celebrity.

The gap between the realities of the rich and famous and the rest of us regular folk has grown more evident as the threat of the pandemic and climate disasters looms over us. Encouraging more people to stop immersing themselves in celebrity culture could lead to some of the changes many of us are longing for in our society. Next time you find yourself spending a lot of time fixated on people who are strangers to you, consider removing them from your social media timelines and examining the way you consume media.