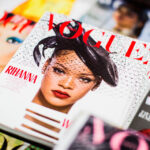 There are certain celebrities who I simply don’t like for one reason or another. Maybe they said something once that completely changed the way I look at them. Maybe they just rub me the wrong way. Maybe I don’t even know why I don’t like them. But I have to admit I get the tiniest sense of satisfaction or joy whenever one of them gets called out for saying or doing something problematic. This works both ways though. There are celebrities who I love that are problematic. The most obvious is Taylor Swift. I’ve been a fan since her early days, since the first time I heard Tim McGraw. It’s been said time and time again in what ways she has been problematic, especially in recent years, so I won’t… Read more »

Warning: mild SPOILERS for the newest Star Wars film ahead When it was announced that Disney made a deal with George Lucas to buy out the Star Wars series, I was worried. I expected Disney to warp it into the common princess/damsel in distress trope, but Disney and J.J. Abrams came through and created a female character with more depth than many major film franchises are afraid to give to their female leads, including the original Star Wars trilogy. Not only that, but the cast chosen for Star Wars: The Force Awakens’s central trio is basically perfect and handle dumb questions like the one’s about BB-8’s gender (more correctly, lack thereof) with such grace. I also have high hopes for an open and repeatedly recognized gay relationship between a former… Read more »

I’m a simple person. I love pop culture. I love consuming as much media as I can — TV, books, music. Sometimes, though, the things that I like are flawed, just like most things in life. Sometimes, I like things that are problematic, and don’t align with my views on social justice. I like “The Devil Wears Prada,” even though it paints eating disorders and a thin frame as healthy and perfect. I like “Lord of the Rings,” even though the storyline demonizes women and certain races. Romantic comedies are my guilty pleasure but I often have to ignore a nagging voice in my head while I watch them—“Wow, this is pretty sexist and misogynist. I definitely shouldn’t be enjoying this.” Sometimes, my life feels too much like the Onion’s… Read more »

When Christina Aguilera’s new single “Love Your Body” dropped several weeks back, I made the point to check it out. The artist has gone through as many unique phases as a chameleon, from teen pop royalty to blue-eyed soul icon. I was interested to see what the artist formerly known as Xtina had up her sleeve this time around. What I discovered was not just a really catchy pop song, but one with a sex-positive message. httpv://www.youtube.com/watch?v=6cfCgLgiFDM