Chivalry is Dead, but Courtesy Never Goes Out of Style 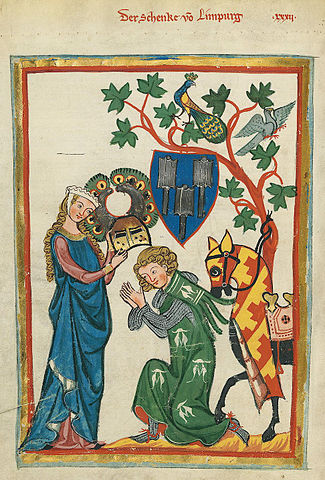 Now, before some one says something like “Oh, so now I can treat women like crap? Is that what you want?” No, Chad, please sit down that is not at all what I’m saying.

What I AM saying is that I do not believe that it is necessary to be inherently nicer to me because I’m a girl. I’m saying that I should be just as nice to you. I’m asking for mutual respect and mutual courtesy.

I want to reiterate that I’m not saying that I don’t appreciate this behavior. I appreciate it when some one does hold the door for me or holds the elevator for me, but I want people to do this because I’m also a person deserving of respect, not because I’m a woman who supposedly needs to be taken care of.

I also want to mention that I’m in a long-term relationship with a guy who has done traditionally  “chivalrous,” or as I like to call “courteous,” things for me from the start, but these things are reciprocated. We’ve been together for two-and-a-half years and we both hold the door open for each other (based on who’s in front of who), we take turns paying for things, and we both spoil each other. It’s not about being nice to get something in return, it about being  nice because you care.

Side note: It’s apparently chivalrous or gentlemen-ly for the guy to walk on the side of the sidewalk where traffic is, while the woman walks on the inside. Apparently, the reasoning for this is so if anything goes wrong, the guy will be hit by the car and the woman will be safe. I seriously just learned this by a picture circulating on Facebook and my mind was blown. It’s ridiculous.

These ideas of “female fragility,” women requiring a protector and women supposedly not being able to decide anything for themselves are all ideas that solidified the systematic oppression that women faced and continue to face today. These ideas grew and became negative forces in our society, they’re implications and impact are still felt now.

Maybe this code was made with good intentions, and likely so, but it doesn’t suddenly dismiss the negatives that come as a result. The term “chivalry” is old and outdated. It was used as a code of ethics for knights, then reinterpreted by bards and poets, I think 2015 is a good time to let the old phrase go and kindly welcome “courtesy,” “respect,” and “politeness” to take its place.