Comic Books Are No Longer ‘Boys Only’ 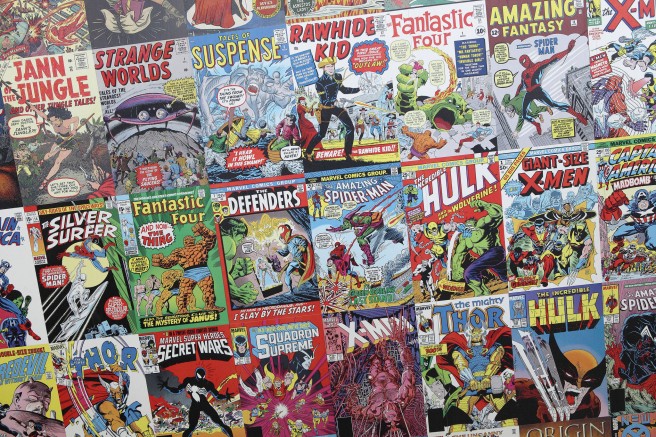 Over the years, the major comic book publishing company, Marvel, has slowly been making progress towards a more inclusive universe. The company is beginning to make changes to their work by adapting to the ever-changing audiences and the world around them. Comic books are no longer only for the “boys club,” nor are they entirely white-washed, able-bodied, straight and cis-gendered.

I’d like to say “gone are days of female representation that extends no further than arm candy, love interests or background” but I know that is only wishful thinking for the time being. However, the first part of this previously mentioned path towards progress that this company is taking, involves the current push for female protagonists.

In 2014 Marvel announced that they were creating Thor Girl, a young alien-teen who follows Thor to earth and becomes a young-version of Thor. Marvel is also creating an all-female Avengers team called the A-Force which includes She-Hulk and Nico Minoru (who also happens to be a young Asian woman.) Marvel has even created a new Ms. Marvel, Kamala Khan, who is a young Muslim Pakistani-American from New Jersey.

While creating more women to exist in this universe (including women of color),  Marvel is also including more racially diverse characters into their work.

The first one to come to mind is the new Spider-Man, Miles Morales, a young boy who is half Black and half Puerto Rican. Miles Morales in particular, is slowly becoming one of the more prevalent heroes in the franchise. Marvel has also announced that the new Captain America is set to be a black man named Isaiah Bradley from New York.

Diversity and inclusion goes beyond gender and race/ethnicity. We need more from these publications than women and people of color, and they are giving us precisely that.

Marvel has started to include LGBTQ+ characters into their work. For instance, Batwoman, Kate Kane, is a lesbian and actually became Batwoman after the military kicked her out because of her sexuality. Iceman, Bobby Drake, and member of the original X-Men will be coming out as gay.

Moondragon from Guardians of the Galaxy is openly-bisexual. She has previously had romantic relations with Daredevil and Thor, but has most recently been romantically associated with Phyla-Vell. While not Marvel, DC Comics has also introduced a transgender character, Alysia Yeoh, as Barbara Gordon’s (Batgirl) Singaporean roommate.

And to add one more thing that Marvel is doing very right, the company has included characters and super heroes who have various disabilities. The most obvious is Daredevil, the ass-kicking vigilante who also happens to be blind. There is also Daredevil’s opponent and future ally, Echo, who is a deaf Native-American woman.

Another obvious choice is Professor X of the X-men who became paralyzed in his youth and is almost always seen in a wheelchair. Jane Foster, a woman who later takes Thor’s position is diagnosed with breast cancer. Hawkeye is partially deaf.  And Vengeance Moth is a young female hero with Muscular Dystrophy.

I both recognize and understand that by-no-means is this company perfect, but they are paving the way for more inclusive texts, TV shows, movies and media in general. It is important for us to remember to call them out whenever they do wrong, but to also commend them when they do things right.

Representation saves lives, so when a large company offers even the slightest bit of representation to a marginalized group, it is worth mentioning. However, that is not enough and we should not be satisfied with only receiving “the slightest,” there is still much progress to be made. But hey, you have to start somewhere.