Condoms Are Great. Prop 60 Is Not. 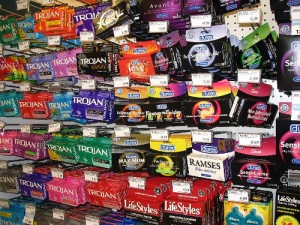 One of the measures on California’s massive ballot this election cycle is Proposition 60, an initiative that would mandate the use of condoms by performers in adult films. At first glance, the measure sounds great; condoms are an important harm reduction intervention within and outside of sex work and have been proven to reduce STI and HIV transmission. Prop. 60, however, would allow any California resident to sue producers of films that don’t visibly use condoms, something that a variety of prevalent players within sexual and reproductive healthcare systems don’t support including (and perhaps most especially) adult film actors themselves.

Prop. 60 would ramp up the enforcement of this law by enabling any California resident to file a complaint through the government against any performer not wearing a condom. If the court rules against the performers, the person who filed the complaint could collect up to a quarter of the penalties. Weinstein wants to target “greedy pornographers” with this bill, when in reality a majority of adult film performers today are the producers and promoters of their own content – including people who may not self-identify as porn actors but post explicit content on platforms like Twitter or Tumblr. If the proposition passed, the private information of sued individuals would be available to the public, including adult film actors’ legal names and address. These individuals already face considerable harassment in the mainstream, and Prop. 60 would do nothing but make performers more vulnerable to attacks from anti-porn advocates, stalkers, and everyone in between.

Prop. 60 was proposed in response to purportedly high rates of HIV transmission on adult film sets, even though the last officially reported HIV outbreak was in 2004. Furthermore, multiple AIDS advocacy groups have come out against the bill for its lack of acknowledgement of alternative HIV prevention methods, like pre-exposure prophylaxis (PrEP).

This bill isn’t for the better health of actors. In August, Weinstein said that, “Many young people get their sex education from performers. They get the message that the only kind of sex is unsafe.” This implies that it’s the responsibility of the adult film industry to educate young people on the best and “safest” ways to have sex, and implies that there’s only one correct way to have sex. Condom-less sex can be and often is consensual, no matter what’s thought about the practice’s “safety.” It’s also not the responsibility of adult performers who are creating content for other consenting adults to make sure youth understand the benefits of using a condom. This bill, obviously and implicitly, perpetuates myths about the sex industry and shames adult film actors for the ways they choose to do their jobs.

The fact is that condoms are not the only way to prevent transmission. The most effective way to keep performers safe is to empower them to choose solutions that fit their needs, whether or not that includes using condoms on camera. As advocates for reproductive justice, we must recognize that that harm reduction strategies are not one-size-fits-all. It’s all of our right to make judgement-free decisions about our bodies. Ultimately, our decision to participate in certain behaviors, no matter how ‘risky’ or stigmatized those behaviors may be, is our choice — and that’s okay.

Prop. 60 threatens adult performers’ right to reproductive autonomy and would force an already marginalized population further underground and out of California. The bill criminalizes sexual behavior and simultaneously plays to the tired progressive desire to ‘rescue’ consensual participants in the sex industry.

There are better ways to promote healthy sexual practices in California that don’t involve scapegoating adult film actors. Comprehensive health education in schools, wider access to free condoms and affordable birth control, and improving accessibility to STI testing are all immediate and positive things that can be done to improve health outcomes and behaviors without doing harm to others. All of us deserve the right to make our own sexual health decisions, whether we make them in front of a camera or not.