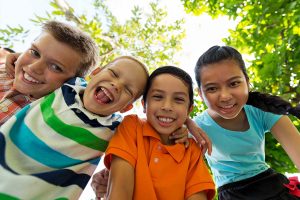 CHIP, or the Children’s Healthcare Insurance Program, is a bipartisan program that covers nearly 9 million low-income kids and 370,000 pregnant mothers. Congress let funding for CHIP expire in September, and continue to neglect the sustainability of the program today. States are preparing for the worst, and are quickly running out of resources to keep the program alive. States like Texas are estimating that funding will run out by February. The Abbott administration has made a last-minute plea to the federal government for $90 million in stop-gap funding. The success of the plea is uncertain. Letters notifying families of the cancellation of CHIP have already begun in other states. It is important to remember that it is children and young mothers that are going to be affected by Congress’ neglect. Washington today claims that families, children, and the “working class” are the priority. The actions coming out of Congress prove the opposite. Instead of giving CHIP the attention it merits, Congress and the Trump administration have put all their energy into tax cuts for the rich. The passage of the Trump tax cuts will benefit corporations and the financial elite. The administration continues to tout “middle-class tax cuts” and benefits to low-income families in hopes of passing the Trump tax bill, all while neglecting the people they claim to serve. Further, Medicaid, Medicare, and Social Security benefits will be gutted to offset the proposed tax cuts.

This administration has continuously proven that the well-being of families is not a priority, not even an item on the agenda. Attacks on birth control, health care, abortion access, and immigrants keep pushing our nation’s families to a vulnerable position. Without CHIP, millions of kids will have to go without any form of healthcare. It is dangerous to continue neglecting, ignoring, and normalizing how this Administration is stripping children of their safety.

In Texas, access to CHIP is life-saving. Texas has one of the highest rates of uninsured people in the country. A lot of families are unable to afford any sort of medical care for themselves, but rely on CHIP to have their children taken care of. In some instances, the benefits of children’s CHIP can extend to other uninsured people in the family.

When I was young, my family relied on CHIP. I have vivid memories of the paperwork and office visits that took hostage of my parent’s time. WIC, CCMS, Medicaid, CHIP, and SNAP were all vital to the well-being of our family. My parents were working hard to provide for four children while living well below the poverty line. If there was no CHIP, my family would have no other option but to treat me at home as best as they could. I remember how my parents, who are still uninsured, would rely on the kindness of family doctors to get some basic medicine through my CHIP benefits.

Part of our elected representatives’ duty is to keep us safe. The well-being of children should be the priority, not tax cuts for corporations. If CHIP funding does not get to panel before the end of the year, millions of children will be left uninsured. We must hold our representatives and the administration accountable. Our states should work hard to make sure that neglect doesn’t continue to screw over vulnerable families.