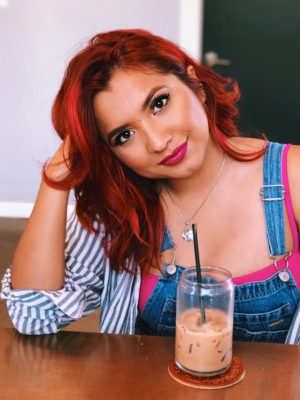 Major: History
Hometown: Brownsville, TX
Favorite writer: It’s very hard for me to pick one. My favorite poets are Frank O’Hara and Pat Mora. My favorite book is Anzia Yezierska’s Breadgivers. My favorite comedy writers are BJ Novak and Mindy Kaling. My favorite songwriter is Neko Case. Favorite writer isn’t a person, it’s a tier.
Favorite sex scene from a movie/TV/book: If it counts, Meg Ryan at the diner in When Harry Met Sally.
Hidden Talent: I wouldn’t call it a “talent” and I also wouldn’t call it “hidden” because I talk about it to anyone that will listen, but I am very good at fixing laptops with Wi-Fi issues

We Can’t Leave Faith Behind

I grew up as a Jehovah’s Witness. I spent my formative years devoted to my relationship to God and my spiritual community. In my religion one of our core values was service, community, and advocacy. I remember with great vividness waking up at 8 in the morning to go door to door, talking to people about God. I learned resilience, messaging, and the power of storytelling from an early age. As I grew older, I found that issues that I valued didn’t align with the church. There was a disconnect between the values that were taught to me and the rules that were imposed on us by the church. We were taught compassion and tolerance, but if I were to ever come out as queer to my church elders,… Read more »

We are the Great American Virtue

In a piece for The Federalist, David Harsanyi argued that “chanting crowds of emotionally charged protesters aren’t exhibiting any great American virtue.” To Harsanyi, protests serve no purpose as they rarely lead to concrete policy change. He argues that March For Our Lives, specifically, “undermines” the purpose of our government by challenging an unalienable right. I do not agree. Youth activism and protest is a great American virtue. The March for Our Lives was organized by teenagers, with the DC March alone supporting over 800,000 attendants. The young people who were part of this march are an incredible example of civic responsibility. March for Our Lives was built on a basic premise, demanding that the government listen to their needs. The same goes for Black Lives Matter and the Women’s… Read more »

Every time there is a mass shooting, politicians talk about “mental health” as the leading problem instead of seriously considering the way the United States treats guns. Mental health becomes a ‘priority’ for two weeks, and then it is abandoned completely. Not only is mental health superficially addressed as a cop-out during times of crisis, the United States treats it hypocritically. After the Parkland shooting, the Trump administration did not fail to blame inadequate mental health care as the leading reason for the tragedy. “We are committed to working with state and local leaders to help secure our schools and tackle the difficult issue of mental health.” We have heard it before numerous times, along with the discrepancy between the words coming out of politicians’ mouths and the reality of… Read more »

YOUTH AT THE FRONTLINES: JUSTICE FOR JANE AND #NEVERAGAIN 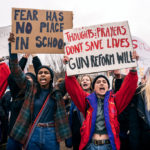 As a society, we have always underestimated young people. Young people are not seen as capable, credible, or serious enough to be leaders on the issues that affect them. We have seen politicians respond to youth activism by casting it aside as frivolous, but we know that our voices are powerful enough to scare them. This week, we saw how the young activists at the front of #NeverAgain took over the country by organizing school walkouts, getting companies to stop giving NRA members benefits, and demanding politicians finally enact change through gun control. Emma Gonzalez, one of the teenagers leading the movement after the Parkland shooting in South Florida, said “We are children who are being expected to act like adults while the adults are proving themselves to behave like… Read more »

Reminder: Low Income Families Are People Not Caricatures of Poverty

This week, the Trump Administration decided to modify the way the Supplemental Nutrition Assistance Program (SNAP) distributes aid. Under the new proposal, SNAP would be cut by 30%. To achieve this cut, SNAP recipients will no longer be able use the money to buy what they see fit for their family. Instead, families would receive their aid in the form of a “USDA Foods package.” The package would be delivered to a family’s door, with food that the government has deemed appropriate. The budget uses “ready to eat cereals, pasta, peanut butter, beans and canned fruit” as an example of what the box would look like. Basically, the Trump administration does not think poor people should have a choice as to what they want to eat, instead they should survive… Read more »

Beyond the Rally Cry

Last week, the entire nation was swept by hundreds of rallies, marches, and protests. The Women’s March commemorated the anniversary of Roe v. Wade and continued protest over the one-year mark of the Trump Administration. I was able to witness the power of these marches through three separate efforts that took place in my home. The Still We Rise Women’s March, Santa Ana Wildlife Refuge March, and the Roe v. Wade anniversary rally all took place within the same week. Over 500 people showed up to these events, all standing in solidarity and in power. It is inspiring to see so many people in my community showing up to these events. For many, rallies are an entry point into political and community engagement. However, moving past the rally can be… Read more » 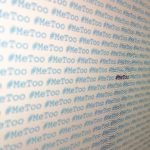 Over the last few months, the #TimesUp and #MeToo movements have continued to gain momentum. This week, Babe published a piece accusing Aziz Ansari of sexual misconduct. The reaction to the story was mixed. For many of us, this story started a new conversation about what rape culture means. The behavior seen in the Aziz Ansari story reminded us that rape culture thrives because male entitlement continues to be a norm. However, many critics overlook the nuance of the situation. Instead, they see the Ansari story as a “witch-hunt” gone too far. In a piece for The Atlantic, Caitlin Flanagan argues that modern girls are weak. The “weakness” Flanagan proposes comes from modern girls not being assertive, prepared, or vigilant enough to keep men from attacking them. Flanagan’s definition of… Read more »

CHIP, or the Children’s Healthcare Insurance Program, is a bipartisan program that covers nearly 9 million low-income kids and 370,000 pregnant mothers. Congress let funding for CHIP expire in September, and continue to neglect the sustainability of the program today. States are preparing for the worst, and are quickly running out of resources to keep the program alive. States like Texas are estimating that funding will run out by February. The Abbott administration has made a last-minute plea to the federal government for $90 million in stop-gap funding. The success of the plea is uncertain. Letters notifying families of the cancellation of CHIP have already begun in other states. It is important to remember that it is children and young mothers that are going to be affected by Congress’ neglect…. Read more »

Birth Control Accessibility is Not Just about Insurance Coverage

Two weeks ago, I visited Planned Parenthood as a patient for the first time. I decided this year that it was time for me to explore the idea of getting on birth control. I figured it wouldn’t be too complicated, since I have spent a considerable amount of time talking, lobbying, organizing, and overall just living birth control. However, my experience getting birth control proved to me that birth control access was more than funding and sex education. Don’t get me wrong, funding and education are essential. But the process left me feeling like it would have been so much better had I been prepared on all avenues from a young age. Like most Texans, I did not get proper sex education at school. Texas is extremely anti-abortion, anti-sex education,… Read more »