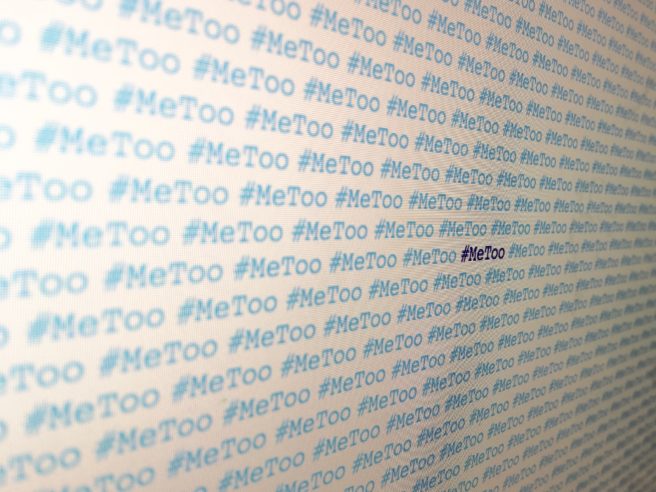 Over the last few months, the #TimesUp and #MeToo movements have continued to gain momentum. This week, Babe published a piece accusing Aziz Ansari of sexual misconduct. The reaction to the story was mixed. For many of us, this story started a new conversation about what rape culture means. The behavior seen in the Aziz Ansari story reminded us that rape culture thrives because male entitlement continues to be a norm. However, many critics overlook the nuance of the situation. Instead, they see the Ansari story as a “witch-hunt” gone too far. In a piece for The Atlantic, Caitlin Flanagan argues that modern girls are weak. The “weakness” Flanagan proposes comes from modern girls not being assertive, prepared, or vigilant enough to keep men from attacking them. Flanagan’s definition of “strength” comes from her own upbringing, of “not going down without a fight” when it came to unwanted male advances.

If #MeToo has proven anything, it’s that we are not going down without a fight. Modern girls are strong enough to call out even the most ingrained norms within our culture. It is through personal storytelling that we are redefining what it means to feel safe in a world where feeling unsafe has always been the default.

When the Ansari story broke, I did not know what to feel. Like Flanagan, I initially felt it was a bad date blown out of proportion. Sure, Ansari’s behavior seemed immature, gross, and off-putting, but it was not anything outside of what I expect from men. The more I thought about it, the more I realized I had been in those situations before. I realized I did not feel safe when men harassed me online, but it seemed normal. At times, I went along with things because it seemed easier than putting myself in even more danger. I remember one time, a guy that had been harassing me online followed me home after recognizing me at a stoplight. I was terrified, and I drove home even though I knew I was being followed. It wasn’t the smartest thing for me to do, but I did it because I didn’t know what else to do. When I got home, and he started talking to me, I was nice and friendly, because I was terrified out of my mind. I agreed to a million things just to get him to leave. I said I would go on a date, I said I’d text him, but that he had to leave before my parents got home. When I tell that story I always get the same questions: “Why did you talk to him?” “Why did you drive home?” “Why didn’t you block him?” When the questions should be: “Why did this grown man follow a 19-year-old to her home?” “Why has this 24-year-old man been harassing a teenager online for years?”

Many of those defending Ansari criticize the woman in the story for not leaving sooner. In fact, most of the criticism was directed at her. “Why didn’t she just leave?” “Why did she agree to go to his apartment?” Like with many of the #MeToo stories, it seemed no one stopped to question why Ansari acted the way he did in the first place. The Ansari story pushed us to understand that we have been conditioned to normalize unsafe and entitled behavior from men. It also allowed us to have a more meaningful conversation about what consent means, how power dynamics affect consent, and how “normal” entitlement can get ugly fast. The dangerous day-to-day behavior that men get away with contributes to rape culture, allowing men like Weinstein, Louis CK, and Joel Kramer to navigate their powerful positions with ease.

Women have always been strong. At this point in time, we see strength in vulnerability. It takes strength to look at our experiences and realize that it was not okay, no matter how “normal” it may seem. It takes strength to use our stories to change a fucked-up culture that continues to thrive. It takes strength to set boundaries with the men in our lives. Through this strength is how we are going to change rape culture, and demand safety for all of us. Flanagan says that in her time, “They told you to do whatever it took to stop him from using your body in any way you didn’t want, and under no circumstances to go down without a fight.” That is still the case, and we are proving it one story at a time.