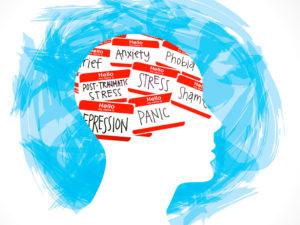 Every time there is a mass shooting, politicians talk about “mental health” as the leading problem instead of seriously considering the way the United States treats guns. Mental health becomes a ‘priority’ for two weeks, and then it is abandoned completely. Not only is mental health superficially addressed as a cop-out during times of crisis, the United States treats it hypocritically. After the Parkland shooting, the Trump administration did not fail to blame inadequate mental health care as the leading reason for the tragedy.

“We are committed to working with state and local leaders to help secure our schools and tackle the difficult issue of mental health.” We have heard it before numerous times, along with the discrepancy between the words coming out of politicians’ mouths and the reality of how mental health is treated by policy. In this case, the Trump administration is tackling the “difficult issue of mental health” by slashing funding for Medicaid, the single-largest payer for behavioral health treatments in the United States. The President has also expressed multiple times that he wants to completely dismantle Obamacare and has no interest in implementing universal healthcare coverage. This is a serious problem when you consider that “upwards of 40 percent of adults covered through Medicaid expansion (Affordable Care Act) are people with behavioral health conditions.” The Trump administration’s proposed healthcare plans are estimated to increase the total amount of uninsured Americans by 24 million.

There are more obstacles to consider. When my pediatrician referred me to a psychiatrist because of my obvious and severe anxiety problems, my parents refused to take me out of fear the care wouldn’t be covered by CHIP. Further, they were not convinced that my mental health problems were real. Even though my doctors urged my parents to seek treatment for me, my parents were convinced it was a phase I would grow out of. Stigma around the validity of mental health problems is still rampant. Now as an adult, I am no longer insured. Instead, I rely on my university’s health care services to take care of my health. Recently, my mental health took a severe toll on my social life, academic studies, and work. I attempted to seek counseling services at the University, but the school’s services were completely maxed out. I was told that there was no way they could fit me in this semester. When I looked at outside services, the prices made me feel hopeless. There was no way I could afford 50$ an hour treatment, which is the low-end of therapy prices. It is terrifying to know that I do not have access to a healthy, balanced, and stable life because I cannot afford the exorbitant cost of mental healthcare.