Birth Control Accessibility is Not Just about Insurance Coverage 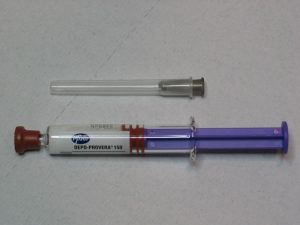 Two weeks ago, I visited Planned Parenthood as a patient for the first time. I decided this year that it was time for me to explore the idea of getting on birth control. I figured it wouldn’t be too complicated, since I have spent a considerable amount of time talking, lobbying, organizing, and overall just living birth control. However, my experience getting birth control proved to me that birth control access was more than funding and sex education. Don’t get me wrong, funding and education are essential. But the process left me feeling like it would have been so much better had I been prepared on all avenues from a young age.

Like most Texans, I did not get proper sex education at school. Texas is extremely anti-abortion, anti-sex education, and anti-women. The state has relied on the idea that sex education is to be taught at home, and has denied millions of kids that opportunity to learn early on what it means to be a sexual being. In my home, we never talked about sex. Literally, never. I grew up in a very traditional and religious household. Throughout the years, I have been able to talk to enough people to know that I am not alone. I did not have a family to guide me through what it means to use and access birth control. Because the subject was so taboo, I never felt comfortable enough to reach out to anyone. The lack of sex education makes it impossible to feel equipped to make a choice about your own reproductive health.

Birth control is under attack because of the Trump Administration’s roll back on the birth control mandate established under the Affordable Care Act. It is important to fight for insurance coverage on birth control, but the reality is that many people do not have insurance to begin with. South Texas counties, for example, rank among the highest rates of uninsured people in the nation. Because the United States continues to treat healthcare like a privilege instead of a right, birth control is a luxury expense for too many people.  I do not have insurance, so I had to provide proof of income to the clinic in order to know what my birth control would cost me. Even the process of presenting proof of income was intimidating. Because I am a young unemployed student, the clinic had a hard time working with me to find a way I could tangibly prove that my income was low enough to get aid.

Initially, my exam and birth control came in at around 200 dollars. I felt my heart drop to the floor when I heard the price. I was about to leave the clinic when the nurse told me that they could work with me on the payment. I ended up paying 25 dollars for my wellness exam and my depo shot, thanks to the help and guidance of the clinic. I am very fortunate that our local Planned Parenthood provides guidance and aid. However, clinics’ ability to provide aid is threatened. Texas routinely attacks Planned Parenthood’s funding. Instead of providing money for real reproductive health clinics, they fund fake Crisis Pregnancy Centers. In the Rio Grande Valley, an area spanning more than 10 cities, we only have two Planned Parenthood clinics.

But really, birth control is complicated. There are many different options that you can choose from. One of the hardest parts of getting birth control for the first time was having to pick what would be the best option for me. While information can be accessible, it is not an easy decision to make. As someone with depression and anxiety, the side effects of many of the birth control methods worried me.

Ultimately, I was able to make a decision and go through with it.  I wish that we could all have more open and honest conversations about birth control, that the different options were more accessible, and that we were better equipped to make those decisions from a young age. If 21-year-old me was intimidated and terrified, I am sure that 16-year-old me would not have felt ready to take that step. If there is something that should be obvious to us by now, it’s that it is irresponsible to bring up young people without the tools to make their own healthy decisions for their bodies.