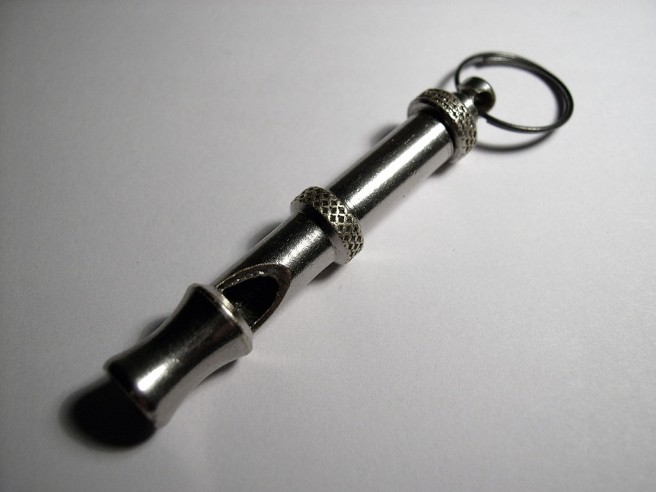 One of my most interesting classes this semester just so happens to be named Social Problems, a 300 level sociology course that I figured would be more than a breeze. I consider myself pretty well informed with an aptitude toward sociology and the social sciences. My work at URGE, a domestic violence shelter, and my studies in social work were only going to make me more prepared when entering the classroom.

During our most recent online discussion, a topic came up that gave me an actual term for a phenomena I’ve seen in recent politics — namely the 2016 presidential election.

Dog Whistle Politics (DWP) is the strategic and coded appeals to a certain groups of people while seemingly addressing another subject altogether. DWP and racism in politics go hand in hand, basically going back to the Civil Rights Act.

The history goes like this: once the civil rights movement put an emphasis on racism and it became less acceptable to be as overtly racist as before, politicians had to play a certain hand in order to appeal to them without coming off with their blatant biases. With LBJ dismantling Jim Crow laws as they were, it gave an opportunity for Nixon to appeal to republican voters in the South — this appeal being known as the Southern Strategy.

With many Southern voters angry from the recent Civil Rights Act, they were easy to sway to the Republican side using covert tactics like economic policies, seemingly innocent social policies, and the ever-so-frustrating states rights rhetoric.

While Nixon may have been talking about hard on crime and criminal justice — in reality he was strategically targeting the black community and trying to ease the white anxiety the majority was feeling around this time.

Just after two terms of a successful black president, Black Lives Matter becoming one of the center movements of the decade, a huge focus on racism and xenophobia — the stage was set for white anxiety to set in, providing a perfect set up for dog whistle politics to be used.

And they were, many times over.

When politicians today reference the safety of women in defense of inclusive bathroom bills, they’re covertly giving defense to the transphobia that is really behind the legislation. When same-sex marriage was legalized in the United States, politicians immediately shouted for states rights and limited government, appealing to the homophobic beliefs of those against the court ruling. When Hillary Clinton referenced superpredators in 1996, it was alluding to the black community as she painted them as “no conscious, no empathy.” When Donald Trump references national security in his travel ban, it’s a clear attack on Muslims and uses the mask of national security to cover it.

While my class focused on dog whistle politics as a part of the past, it became really clear to me that politicians use this strategy every day — and have used it for most of America’s history.

Jim Crow laws were masked as anything but segregation, racism, and voter suppression. Slavery was masked as an economic necessity and not a dehumanization of an entire race for the benefit of white people. Today, we have our laws that are meant to target black, brown, queer, trans, Muslim, and poor people — all under the guise of economic benefits, responsibility of the individual, religious freedom, and other phrases used to give the majority relief of ignorance.

The class also touched on how dog whistle politics also persuaded working class individuals to vote against their best interests just to ease their white anxiety. Just like with today, we’re seeing Trump voters getting their healthcare taken away, Meals on Wheels being cut under the new budget, and the revelation that American taxpayers would pay for the hypothetical wall on the Southern border. However, they still chose to vote for Trump due to his ways of appealing to their white anxiety and racial biases. The rest of the risks associated with his administration and his flaws were negligible thanks to the way he affirmed and popularized their biases.

They heard the covert protections of their whiteness — the dog whistle — and ignored any and all ways that Trump could hurt them. It pulled the voters in, it kept them on the line, and left them out to dry once it was too late. It’s the essence of their strategy, but it gets fallen for each time.

I found learning about the history of dog whistle politics and how they are still in effect today very eye opening, and it was able to give me a term to put with all the subtle bigotry that is so common in politics today. Some people, especially for politicians on the partisan divide that they’re very passionate for, choose to take their favorite politicians’ policies at their surface level meaning without looking for the hidden meanings that linger beneath.

Image by By Sebastian Hartlaub via Wikimedia Commons