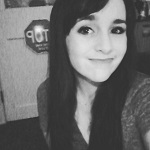 Major: Social Work
Hometown: Baldwin City, Kansas
Favorite writer: I've only read one of his childrens books, but when I read The Little Prince by Antoine de Saint Exupéry in my French class, I knew it would always be a favorite of mine. It has such a unique perspective on childhood vs adulthood, he uses interesting storytelling techniques, and proves that less can be more when it comes to writing. Also, it's too darn cute to put down.
Favorite sex scene from a movie/TV/book: Ygritte and Jon Snow from Game of Thrones takes the cake. The two of them have enough steamy chemistry to melt The Wall, and the way Ygritte takes such an empowered position on her sexuality was super refreshing for a show where the opposite is the norm for women. It also proves that there are some things Jon Snow knows (cunnilingus being one of them!)
Hidden Talent: I'm a hide and go seek champion! It really helps being able to fit inside dryers, freezers, and laundry baskets, but I like to think it's just a natural talent of mine.

Healthcare has been a national conversation for years now, going back and forth as the most talked about topic for Americas. Republicans have structured their platform around the Affordable Care Act, while many Democratic candidates have pushed for even further changes toward universal healthcare. It’s estimated that between 6 million and 10 million people are at risk of losing insurance if the Affordable Care act is repealed under this administration — a number so large it’s nearly impossible for most people to comprehend, let alone empathize. Kansas, even as a deep red state, is beginning to feel the effects of this lack of empathy. In this recent turn of events, the epicenter of this debate is Topeka, Kansas — now facing the possibility of one of the community’s hospitals being… Read more »

Learning to Step Back 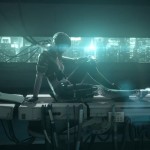 Working night shift and being a generally exhausted college student, I’m up most hours of the night trying to get inspiration for an article, a paper, or something to keep my brain busy while I count down the hours to my next class. Tonight was one of those sleepless nights, and I found myself surfing between videos on gender identity, articles on whitewashing in Ghost in the Shell, and some web comics on sex and kinks. With any and all inspiration drained out of me, I looked for something I felt like I could write about in a coherent and passionate way. I came across so many things I could write about, but staring at a Google Doc only takes me so far when it comes to actually writing. So,… Read more » 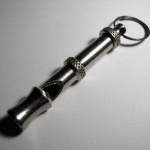 One of my most interesting classes this semester just so happens to be named Social Problems, a 300 level sociology course that I figured would be more than a breeze. I consider myself pretty well informed with an aptitude toward sociology and the social sciences. My work at URGE, a domestic violence shelter, and my studies in social work were only going to make me more prepared when entering the classroom. During our most recent online discussion, a topic came up that gave me an actual term for a phenomena I’ve seen in recent politics — namely the 2016 presidential election. Dog Whistle Politics (DWP) is the strategic and coded appeals to a certain groups of people while seemingly addressing another subject altogether. DWP and racism in politics go hand… Read more »

A Day Without a Woman and the Politics of Feminist Protest

Following the highly publicized and widely controversial Women’s Marches across America, the next event from the same organization had been announced as A Day without Women. The premise is very simple; what would happen if women did nothing? Literally — a day with none of the labor, emotional support, or aid from women. It is meant to serve as a wake up call, saying “Hey, we’re here too” and pushing everyone to be inconvenienced in just a fraction of the way that women are being inconvenienced by multiple policies. During the day, women are encouraged to wear red, avoid labor of any kind, and avoid buying anything but local products. We won’t be able to tell until the day after to see how much of a disrupt this will cause… Read more »

Too Little Too Late, America: The Milo Yiannopoulos Edition

The alt-right poster boy from our nightmares, Milo Yiannopoulos, has been dominating the news for the past few days. Writer at Breitbart News, speaker at universities, and personified air horn, Yiannopoulos has become an online celebrity in recent years, and is experiencing a fall of epic proportions. From his early career as a troll on Twitter and outspoken opponent of the political and social left, he has recently filled his time with outing trans students, inciting passionate protests at his venues, and — most terrifyingly — condoning pedophilia. However, this article is not going to talk about Yiannopoulos. While I could rant about his words and his actions, how they reflect on the larger American social sphere and how they show us the steadily growing bigotry of the country, this article… Read more »

How Feminist Can The Superbowl Really Be?

I’ll be honest, I don’t watch football. I go to a football school, I was a cheerleader for football in high school, most people in my life live and breathe football, but I don’t care much for the sport. I barely know what a first down is, and I’ll be hard pressed to name a single player most of the time. TLDR; Oblivious to any and all sports, thy name is Rachel. So, most years I tune the buzz about the Superbowl out as much as possible. But recently,the game has began to appeal more and more to my interests. The Superbowl is becoming more of a political event than a sporting event, and this year was no different. Headlines have been raving about the progressive moments of the Superbowl,… Read more »

Split: Unleash the Beast of Ableism

Split by M. Night Shyamalan has the following themes that are necessary of a trigger warning: kidnapping, self harm, gore, sexual abuse, physical abuse, violence, needles, and jumpscares. If you’re going to see this movie, beware of those aspects. I will be the first to say that I like M. Night Shyamalan. Even with a few horrible movies to his name, his best still stand on their own and will go down in film history. When I heard he was dabbling more in the horror genre with his movies, I could barely contain the excitement that my favorite types of movies were about to get a M. Night renaissance. I will also be the first to say that I hated this movie with every fiber of my being. The premise… Read more »

After eight full years of the Obama administration, December 2016 marked the last full month of Obama as the POTUS. In his last weeks, his desire to pass as much protective legislation has been in overdrive. Protections for woman’s health, DAPL, and sexual assault survivors have been on the list of protections, all of which bring a small amount of security in a time of uncertain future. An amendment that brought a special amount of holiday joy was attached to the Frank R. Wolf International Religious Freedom Act, which outlines foreign policy in regards to religious persecution outside of the United States. The amendment clarifies and added specific language to not only protect different theistic religions, but also protect nontheistic religions and the lack of religion as well. This provides… Read more »

BDS-Empowerment: 5 Things the Lifestyle Does Right

Fifty Shades of Grey, that one Rihanna song from a few years ago, and countless Tumblr blogs — BDSM has become an up-and-coming curiosity that has taken the world by storm. Though not many of the interpretations of it have been completely accurate, it has gotten my attention as well, especially after reading multiple articles debating the relationship it has to feminism. After doing my own research — Daniel Day Lewis style — and actually talking to people involved in the hobby, I’ve found multiple things that it does right, and things that I wish people would recognize without an Ellie Goulding song to glamorize it. So, while this is by no means an attempt to persuade anybody into the lifestyle, these are the things that should be incorporated in… Read more »

White People: Here’s How to NOT Respond to the Election

Sit down and buckle in, because this past week has proved to be extremely bumpy with extreme turbulence between activists and “activists.” After the election, we have a president-elect in Donald Trump, and the world has not slowed down ever since. Protests have been popping up, news outlets have been voicing their disappointment, and — of course — many people have found the worst way to attempt solidarity and allyship. Just one week and the conversation has largely shifted to calling-in those that do more harm than good with their efforts, enforcing and encouraging damaging ideas and false narratives to avoid discomfort, accountability, and conflict. I’ve unfortunately noticed a lot of reoccurring patterns in white people that not only prove being an ally is a walk and not a talk, but… Read more »