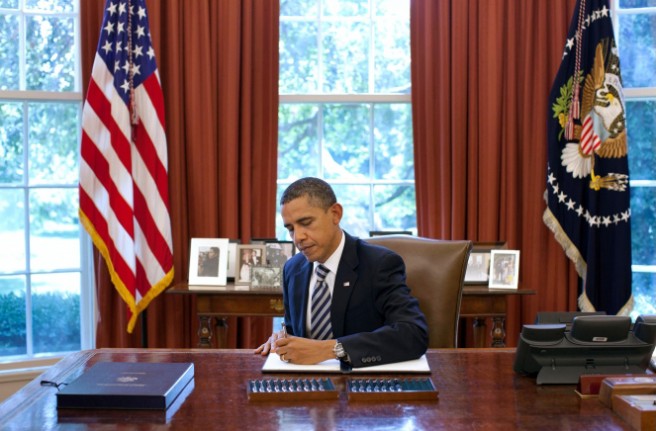 After eight full years of the Obama administration, December 2016 marked the last full month of Obama as the POTUS. In his last weeks, his desire to pass as much protective legislation has been in overdrive. Protections for woman’s health, DAPL, and sexual assault survivors have been on the list of protections, all of which bring a small amount of security in a time of uncertain future.

An amendment that brought a special amount of holiday joy was attached to the Frank R. Wolf International Religious Freedom Act, which outlines foreign policy in regards to religious persecution outside of the United States. The amendment clarifies and added specific language to not only protect different theistic religions, but also protect nontheistic religions and the lack of religion as well. This provides protections for atheists and agnostics specifically, two groups that often go unacknowledged in the talk of religion and protections from discrimination.

While we have liberties and rights in the United States that already protect atheists and agnostics in most areas, this was especially historic in the words of the American Humanist Association.

While America is a country founded on religious freedom and the absence of persecution based on religion, there are many notable ways that we are currently failing those goals and values. In terms of Atheism, I have first hand experience in the type of realities we face.

In an interview with Bill Maher on November 3rd, Obama admits to the bias in many occupations, namely politics. Maher makes point of how there are no atheists represented in Congress, despite the Pew Reserch Center finding 22.8% of Americans self-identifying as unaffiliated when it comes to religion. In a country that is becoming increasingly secular, the gap of representation in congress proves to be especially dangerous as the religious right takes control. This gap is going to become increasingly difficult to close with the public opinion and political atmosphere surrounding lack of religion from people in politics.

In seven states, there are specific laws that prohibits an atheist or agnostic from taking public office. Among the seven, Maryland even has a statute that requires jurors and witnesses to hold a belief in God. While unenforceable, they reflect a dangerous view that is often accepted of atheists and agnostics.

Most of the fear surrounding atheists comes from idea that lack of religion means lack of morals, and leads to immoral and gruesome behavior. This is highlighted in a speech that Duck Dynasty star Phil Robertson gave at a breakfast in March 2015, where he hypothesizes the lack of reaction an athiest would have after seeing his wife and daughters brutalized. While he goes into graphic detail — very, very graphic detail — the main idea of the speech was to highlight how nothing can be wrong in the eyes of someone who doesn’t have a religion, especially Christianity. I’ve had experiences that followed similar themes, especially people asking where morals come from if not religion.

The platform that Robertson was able to blast this ideology on only amplified his message, reaching out to those that might have agreed with him and validated their bigoted feelings. Seeing a senate without any secular members validates the belief that only those with religion can run a country. Having states with laws, however unenforceable, that attempt to forbid those with secular belief from holding public, state level office validates the same beliefs.

While this amendment is a small step in the path of acceptance, it does mean a lot that a president would take the time to acknowledge that there is an unlevel playing field and an inherent bias in regards to atheism. In the future, I’d like to see more in the political sphere to update the representation in all areas of religion, especially in congress. However, as a parting gift from one of my favorite presidents — I’ll accept it.
So yes, thank you, Obama. You’ve revolutionized many ideas and helped protect many people, including me. I doubt there will be any legislation like this in the upcoming administration, but this small gesture gives me hope for a future that will acknowledge protections for all.