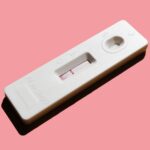 After eight full years of the Obama administration, December 2016 marked the last full month of Obama as the POTUS. In his last weeks, his desire to pass as much protective legislation has been in overdrive. Protections for woman’s health, DAPL, and sexual assault survivors have been on the list of protections, all of which bring a small amount of security in a time of uncertain future. An amendment that brought a special amount of holiday joy was attached to the Frank R. Wolf International Religious Freedom Act, which outlines foreign policy in regards to religious persecution outside of the United States. The amendment clarifies and added specific language to not only protect different theistic religions, but also protect nontheistic religions and the lack of religion as well. This provides… Read more »

Sooner Rather than Later: Your Guide to Early Voting

The horse is dead. It has not only been beaten to death but rather beaten, revived, and then beaten again. And that horse is people telling you to vote. Yet, even though the horse no longer exists it leaves in its afterlife a new horse, early voting. While the feeling of voting on the ever-exciting Election Day can perhaps never be replicated it is important to acknowledge the many downfalls to waiting until November 8th to vote. There are always the possible accidental flat tires or sick days which could prevent you from voting but there are also the possible restrictions imposed by nasty voter id laws that could impact you on the big day. Nothing would be more annoying and possibly devastating than standing in the huge lines at… Read more »