At the end of last month SB 23 passed its first committee in the California Legislature. 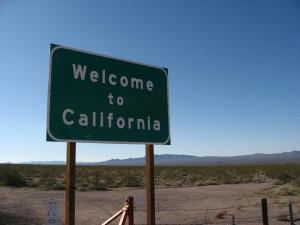 For those of you who don’t know, SB 23 is a bill that seeks to repeal the CalWORKs Maximum Family Grant Rule (MFG) which bars families from receiving additional aid for any child born during the time that family is already receiving CalWORKs aid. A family receiving CalWORKs is a family who is struggling. How can a state say that they are not willing to provide assistance to any additional children knowing that children who grow up in poverty end up with poorer health, have behavioral and emotional problems, and are at higher risk of unintended pregnancy in their teen years? This is inhumane.

What’s worse is that the rule applies to every member of the family. This is especially important because, as I said earlier, poor children are more likely to end up as young parents. So let me explain why this part of the rule matters. If a family receiving aid has a 16-year-old daughter who gets pregnant, that daughter is ineligible to receive aid for her child. This young parent could end homeless, kicked out of her home for her pregnancy, or could decide to move out with her child. She would be ineligible to receive CalWORKs aid to start up a new life because her parents were receiving aid at the time she got pregnant. There are many aspects of this rule that seem set up to make poverty a cycle that is nearly impossible to escape. However, I want to address another issue that really bothers me about this rule, and that is one of the exceptions it includes.

One would think exceptions in cases like this are put in place to try and be helpful of as many people as possible, but that’s not always the case. The MFG has an exception that would allow a family to receive aid for another child if that child was the result of failed long-term contraceptives (IUDs, Depo-Provera, etc.) or sterilization; and I think sterilization is the key word here. This rule was clearly set up as a way to coerce poor people and minorities into “voluntary” sterilization. This may sound extreme, but with California’s track record, how could it not be understood this way?

While this case did prompt legislation to help prevent such reproductive injustice, it’s not enough. The state should not wait for extreme cases to emerge in order to create measures to protect the reproductive rights of all people; they should take the initiative to ensure that measures already in place don’t allow for such injustice in the first place. This is exactly what State Senator Holly Mitchell is trying to do and it’s why now is the time to pass SB 23 and repeal CalWORKs’ MFG rule. It’s about time California truly worked to distance itself from its legacy of eugenics practices while also ensuring the well-being of all of its children.