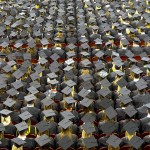 The U.S. Department of Education recently released its National Postsecondary Student Aid Study. Congratulations Class of 2015! You’re graduating with the largest student loan debt in history. Mic recently reported the findings and I couldn’t help but feel déjà vu as I read through it. Why? Because the online publication reported on this historical accomplishment last year, with the Class of 2014. Now, two may not make a trend, but I’m calling it anyway.  This historical accomplishment will be made by each graduating class from now on unless we do something about the cost of higher education. As a member of the Class of 2015 graduating with loans myself, I can’t stress the need for this change enough, especially since older generations don’t quite understand what this means for our… Read more »

How ‘Diversity in the Workplace’ is Still Failing Women 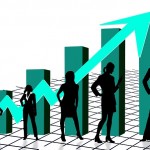 Last week I had a phone interview with a consulting agency. The agency is focused on targeting racial and ethnic minorities to better engage them in the consumer market, so, as a Latina, I thought it was something I could potentially do. I felt I had an interesting perspective I could bring in as an ethnic female; I did not however, feel the same way after my interview. My minority status was somewhat relevant, but something my interviewer said kind of threw me off and really made me think about the pitfalls of the business industry. At the start of my interview, conducted by a man, I was reminded that the consulting firm sought to engage people of color. My interviewer tried to cite the fact that minority groups are… Read more »

California has a reputation for being an incredibly liberal state filled with hippies and surfer dudes, but as a California native, I can tell you that such stereotypes are far from the truth. A good deal of the state is actually very conservative. How else do you make sense of a same-sex marriage ban successfully passing when left to the voters back in 2008, in this, one of the most liberal states in the nation? It’s because of this knowledge that I wasn’t all too shocked when I found out that there’s an abortion initiative gathering signatures to mandate parental notification for teenagers. It’s important to realize that California already has a law on parental notification, but it’s not really enforced. What this measure would do is force a pregnant… Read more »