How ‘Diversity in the Workplace’ is Still Failing Women 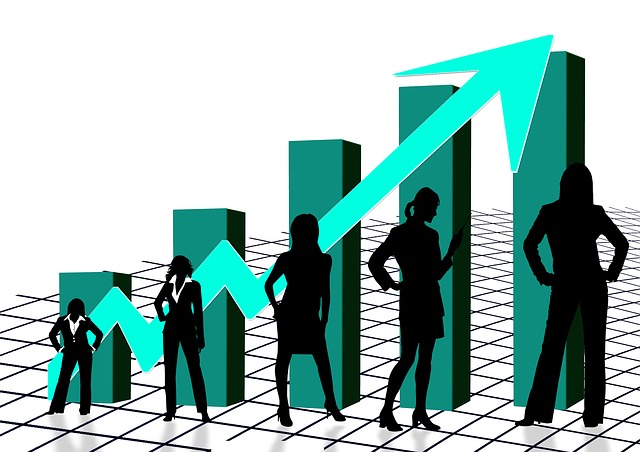 Last week I had a phone interview with a consulting agency. The agency is focused on targeting racial and ethnic minorities to better engage them in the consumer market, so, as a Latina, I thought it was something I could potentially do. I felt I had an interesting perspective I could bring in as an ethnic female; I did not however, feel the same way after my interview. My minority status was somewhat relevant, but something my interviewer said kind of threw me off and really made me think about the pitfalls of the business industry.

At the start of my interview, conducted by a man, I was reminded that the consulting firm sought to engage people of color. My interviewer tried to cite the fact that minority groups are a large part of a growing market of consumers and that we need to stop imagining the consumer as a white man. While I completely agree that we need to take into consideration the fact that white people are far from the only consumers, I couldn’t help but notice that my interviewer was still imagining the average consumer as a man. This only became more obvious when he tried giving me situations in which the target audience would be ethnic males. Women did not seem to be a part of the equation, which is fascinating considering that according to research studies; women make 85% of purchases. Women are literally the primary consumers in the market, yet businesses don’t even think about them when marketing and advertising their products; which explains a lot when you really think about it. Let me run through a few examples with you.

Let’s start off with something very recent, last week Bud Light faced complaints about an unfortunate tagline they chose to put on their bottles.  The tagline reads “The perfect beer for removing ‘no’ from your vocabulary for the night.” Anyone want to take a guess at what’s wrong with that tagline?

That’s right! It sounds rape-y. Now, this was something I immediately noticed when I read the tagline, and it was something my female friends immediately noticed when I read it aloud to them. The look of horror that came across their faces the second they heard it is why I can’t imagine that the tagline made its way to a single woman for approval. Had the company run that tagline by women, they most likely would have caught the problem with it, been able to avoid sounding like advocates of sexual assault, and been able to avoid the PR mess that tagline caused them.

More proof that there aren’t enough women in business comes from our beloved Apple iPhones and their (unremovable) applications.  Last year, Apple released the HealthKit app that was supposed to be a comprehensive way for people to track their health. This all sounded great, but the company forgot a fundamental component of half the population’s health needs: a period tracker.

Now, one of the first questions my doctor asks me when I go in is “When was your last cycle?” This is because tracking your period is huge part of reproductive health; and women’s reproductive health plays a big role in their overall health. So I find it hard to understand why in the hell a period tracker was left out of this “comprehensive” app.  The only way I can explain it is that the creators did not have women in mind when they were making the app, and if women weren’t in mind then I doubt women were even a part of the conversation.

I’m sure the fact that I was ethnic and female (in other words fit into categories that would satisfy diversity requirements) was a part of the reason I got the interview. At the end of the day, however, they didn’t do me much good, because the way businesses are thinking about their work inherently calls upon the hiring of men.

The firm I interviewed with had plenty of clients that very clearly depend on the female consumer, but my interviewer gave me a situation to work with that required me to imagine the male consumer. Of course, I should be able to imagine both, but I’m a female with a degree in Women’s and Gender Studies and we live in a society in which most purchases are made by, and most consumers are women. So you’d imagine that they would take advantage of having a candidate that could more capably imagine the female consumer and address the needs and wants of women when it comes to the products being sold to them; especially when we consider that 91% of women don’t feel that advertisers understand them.

When we make room for women in business, business becomes better equipped to address the needs and wants of women, which is something businesses want if they truly wish to take advantage of women’s purchasing power. This is because women will find the implications of violence against women, sexual or otherwise, that can be made in taglines and images used to market and advertise products; and they’ll do it before they get released. Women will think about the reproductive health concerns that half of our population has and make sure it gets addressed in health trackers made to simplify all peoples lives. Women can better address the consumer market and women can help avoid PR disasters because they know how to market to themselves.

So, I may not be a consultant but I do have a piece of advice to give businesses. It’s time to stop imagining ‘male as consumer’ and start imagining ‘women as consumer’ by which I don’t mean ‘housewife as consumer’ because women buy a whole lot more than food and household products or beauty products. We’re in the market for it all.

The best way to reach us is by welcoming more women into the business world, whether it be marketing, advertising, or consulting. Stop making business a boys club because if you really want to drive up profits and take advantage of women’s full purchasing power then you need to stop acting like we’re not here, because we are.