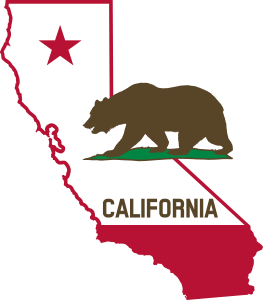 California has a reputation for being an incredibly liberal state filled with hippies and surfer dudes, but as a California native, I can tell you that such stereotypes are far from the truth. A good deal of the state is actually very conservative. How else do you make sense of a same-sex marriage ban successfully passing when left to the voters back in 2008, in this, one of the most liberal states in the nation?

It’s because of this knowledge that I wasn’t all too shocked when I found out that there’s an abortion initiative gathering signatures to mandate parental notification for teenagers. It’s important to realize that California already has a law on parental notification, but it’s not really enforced. What this measure would do is force a pregnant young person to wait 48 hours after her doctor informs her parent(s) in writing. This follows the trend in many other states where such laws have actually been enacted.

I just want to say that it’s incredibly troublesome that people are so obsessed with the issue of abortion that they feel they have the right to legislate over young people’s bodies. It’s also incredibly demeaning to imply that young people are incapable of making important decisions regarding their autonomy. Just because they may legally be underage does not mean they have not reached age of reason. They are capable of making these decisions for themselves; but let’s get to why this measure is terrible for California. (Or any state for that matter)

First off, it makes no sense. These measures always carry with them a way out of parental notification, which is often that the young person prove herself mature enough in front of a judge.  The argument that a young person needs to be proven mature to undergo abortion is incredibly flawed. I think we can all agree that having a baby is a huge responsibility that requires maturity. How is it that a young person can be found to be too immature to undergo an abortion but mature enough to have a baby? That logic makes absolutely no sense.

Second, the state has seen a continuous drop in teen rates for abortion over the past couple of decades. Research found that between 1988 and 2008, rates fell by about 70%; a trend that has been seen nationwide given that in the same amount of time abortion rates among teens fell nearly 60%. Clearly, the rate of abortion among teens is not a real issue that needs to be legislated.

Third, if the measure made it to the ballot and passed, its implementation could cost the state millions of dollars annually; funds that could be better put to use in other areas, such as education. (Perhaps towards funding sexual health education classes that have been found to be the reason abortion rates among teens, as well as teen pregnancy, have dropped over the past decade or so.)

I’m quite confident that the measure will again fail in my home state, but I’m bothered that it even comes up; especially considering it’s the fourth time in one decade. More importantly, I’m bothered by the fact that these measures keep popping up across the country and actually pass in so many states. They do nothing to protect the health and well-being of young people. On the contrary, they only work against us as they strip us of our autonomy in the name of ideologies we may not necessarily agree with.