Split: Unleash the Beast of Ableism 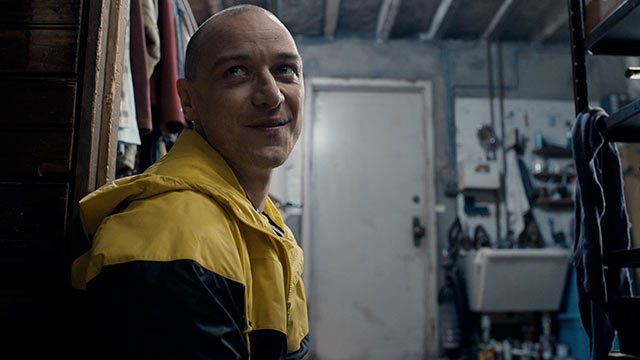 Split by M. Night Shyamalan has the following themes that are necessary of a trigger warning: kidnapping, self harm, gore, sexual abuse, physical abuse, violence, needles, and jumpscares. If you’re going to see this movie, beware of those aspects.

I will be the first to say that I like M. Night Shyamalan. Even with a few horrible movies to his name, his best still stand on their own and will go down in film history. When I heard he was dabbling more in the horror genre with his movies, I could barely contain the excitement that my favorite types of movies were about to get a M. Night renaissance.

I will also be the first to say that I hated this movie with every fiber of my being.

The premise of Split is that a group of girls, our protagonist being Casey Cooke, are kidnapped by a man with dissociative identity disorder (DID). They find themselves in an underground basement, told that someone is coming for them, and must escape before they are given to “the beast.”

The plot of young teenagers being taken and fight for freedom is not a new plot, and neither are the point in most of this movie. The only thing brought to compel an audience to the theaters is the aspect of an antagonist with DID, allowing for the tagline of “Kevin has 23 distinct personalities. The 24th is about to be unleashed.”

Yet, even this isn’t new and exciting in movies.

Before spoilers talk begins about all the reasons this movie is harmful to those with dissociative disorders, especially DID, let’s get more acquainted with the idea of multiple personalities.

Dissociative Identity Disorder, more commonly known as Multiple Personality Disorder, is a disconnect between a person and their reality, combined with another personality state to fill the void and act as a coping mechanism. The typical person with DID is a 30 year old woman, but it’s not abnormal for symptoms to be found in a patient’s history as early as age 5. There are typically between 8 and 30 alternate identities in someone with DID, but it’s been known to go as high as 100 in outlier cases. This disorder is often caused by abuse and trauma at a young age. It’s very rare, very serious, and has no medication to treat it.

Dissociative identity disorder is commonly used as a trope to have a good character with a chaotic, evil, and often murderous side, going back as early as 1886 in Strange Case of Dr. Jekyll and Mr. Hyde. During the first time that Kevin, played by James McAvoy, appears in the movie, an alternate identity has already assaulted and incapacitated the father of one of the girls. A crime before their face is even shown has to be a new record in terms of DID antagonists in movies.

Not only does this movie continue with the stereotype of a homicidal and evil personality in those with DID, but Kevin has three personalities that could be considered evil. In the rest of the movie, we only have extensive interaction with one other personality, Hedwig. Due to this alternate personality of Kevin being a nine year old boy, even Hedwig allows for some evil to happen out of pure naivety.

At the end of the movie, the total body count at the hands of a DID sufferer is three. Plus, he even ends the movie still at large, opening up the possibility of killing more in a sequel.

This trope happens over and over again: the murderous DID patient striking fear into the heart of those everywhere. It’s no wonder that DID ends up being the most misunderstood dissociative disorder, many only coming up with the characters that have a kill list as long as their leg in their minds when they think of it. Kevin is no exception, even with most of his personalities being sane and no threat to the general public.

So, that leaves me with a question. Is there a movie out there with a DID character that doesn’t end up committing murder? In that, I could only find one.

If you would like to see an accurate, heart wrenching portrayal of DID, please take the effort to watch Sybil (2007 or 1976). It features a woman with DID and all of it’s complexities, but no aspect of an evil personality that commits atrocities and horrors. It goes deep into the trauma that causes such a disorder, and the path of a woman on her way to living the most normal live with it. No murder involved.

Did I have high hopes about this movie? No, but I still have the hope that this disorder won’t be the cheap trick to pull in order to make a “unique” antagonist. Those with DID are real people trying to cope with real trauma, need real therapy and support from the public in order to feel like they aren’t the murderers and villainous people M. Night might portray them to be.