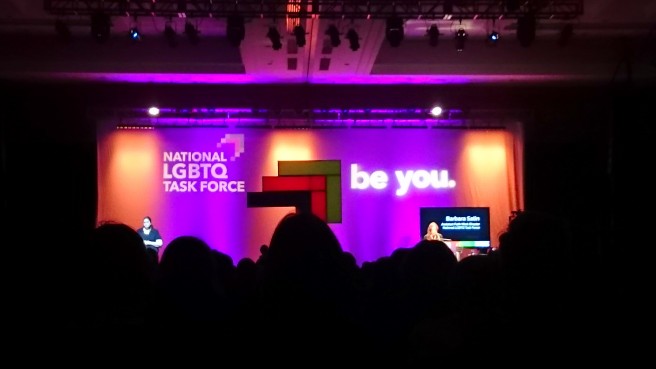 Creating Change, the national conference on LGBTQ equality, had its 27th annual session last weekend in Denver, Colorado which I attended. It was the first time I had attended a conference of that magnitude and to say it was a little overwhelming would be an understatement. In three short days I was pushed in ways that I didn’t think were possible and I walked away with a new and refreshed outlook on not just the state of LGBTQ equality but also on the state of racial and reproductive justice in the United States.

Hosted by the National LGBTQ Task Force the conference featured over 4000 activists, organizers, leaders, and students from all across the U.S. joined together for a four-day weekend of intense learning, growing, and networking.

With that many options it was so difficult to pick which workshops to go to. The first one I attended though was a worksop on self-care titled “I Woke Up Like This (Flawed)”. I figured that they best way to start the conference was with a little focus and attention on myself. It was a great choice, I ended up getting pretty vulnerable with a room of about 60 people and it felt amazing to know that all these strangers truly cared about my well-being. It was an empowering start to the weekend.

Later on our first day I attended a workshop titled “Celebrating Femme Visibility and Community.” Femme is a title that I’ve not always used to identify myself, but it’s more of a state of being that I’ve always occupied. It was a wonderful experience to be around a large group of people that identified the same way I do and to hear their experiences. That workshop in particular left me feeling whole and in tune with a side of myself that I’ve always acknowledged but hadn’t consciously examined in a long time.

The first day of conference was focused primarily on myself and choosing workshops that reflected parts of my identity. But from there on out pretty much as Kadijah mentioned so beautifully in her blog post, I sat in discomfort and “I learned that discomfort can be positive because in discomfort we can see how we have fallen short.”

I attended a panel titled “#LGBTQferguson: Let’s Talk” where five young people discussed their experiences being on the ground in Ferguson, what brought them to the work, and where they’re at now 6 months later. It was moving to hear them voice their deeply personal stories and frustrations. I followed the panelists on Twitter, and you can too @bdoulaoblongata, @KWRose, @keenblackgirl, and @brownblaze. 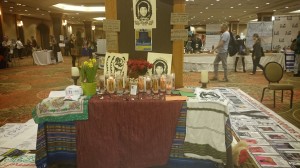 Being in Denver was very important considering that just days before, a young queer Latina, Jessie Hernandez,  had been the victim of another instance of police brutality. Her funeral fell on the Saturday of the conference and attendees refused to be silent. Initially we planned to march to the Denver police station, but after hearing word that her family  wished for a quiet day of remembrance, we held a vigil for her in our hotel instead. Attending that vigil was probably the most powerful and significant moment of the entire conference for me. The way such a large group of us came together to mourn was so meaningful. 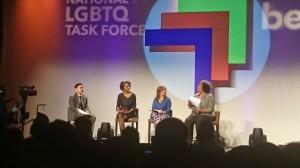 There were workshops on race and identity, combating campus sexual assault, and navigating academia as a queer person.

There was no way that I could have attended every workshop or session that peaked my interest. But I am so grateful to have been given the opportunity to attend a conference of this magnitude that brings together so many beautiful and committed LGBTQ activists.