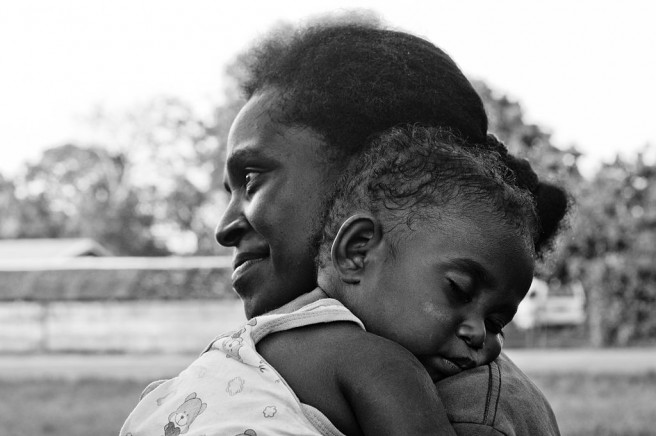 When my 24-year-old cousin got married this past year, my mom imparted onto her what she believes to be the key to an everlasting marriage. She said, “No matter what happens, just keep your mouth shut. Don’t say anything, don’t do anything; just accept everything and keep your mouth shut and make sure you do everything he says.”

When I found out she said this, it occurred to me how deeply domestic violence had become woven into the fabric of not only her life, but also the lives of her children. It dawned on me that over the course of my childhood, my sister and I had publicly witnessed almost every woman in our family experience some kind of casual emotional abuse at the hand of their husbands. Somehow, just naturally, we either became desensitized to its wrath or learned to laugh it off and see it as “foreign, traditional culture.” In reality, the women in my family seem seriously unhappy with their lives because of what they consider a ‘normal’ part of marriage: Abuse. Such is also the case for many other immigrant women who have been taught to tolerate and accept any kind of behavior from their partners and teach their children to do the same. Somewhere along the way, I realized that this does not have to happen. This is only one reason why domestic violence is a reproductive issue. It gives kids the impression that this kind of behavior is okay.

Immigrant women often suffer higher rates of battering than U.S. citizens because they may come from cultures that accept domestic violence or because they have less access to legal and social services than U.S. citizens.  Additionally, immigrant batterers and victims may believe that the penalties and protections of the U.S. legal system do not apply to them. (Futures Without Violence)

I think it can be especially hard to see how domestic violence is a reproductive justice issue because of the assumption that mothers would always immediately leave their partners before a child was ever born or involved, but the reality and gravity of domestic violence is much more deep-seated. How parents treat each other has a tremendous effect on the emotional development of a child, and this emotional backdrop can be set even before the children is born.

For example, when my mom was in labor and about to give birth to me, my dad told her to stop being so dramatic and left to take my sister to McDonald’s. It has taken me a long time to understand my mother and I may never understand her fully but I do understand more about the person she’s become as a result of this pivotal moment, and how my dad’s behavior every moment afterward has changed her as a person. It has also helped me internalize a sense of acceptance with the fallacy that we should just accept however our partners treat us for fear that they would leave us if we don’t comply. In this way, I would argue that domestic violence is a reproductive justice issue. Even from the womb, the child is affected by these relationships, and grows up to see this emotional and/or physical violence from one parent to another and is subconsciously influenced.

Reproductive coercion, the act of manipulating a woman into getting pregnant, is also another method through which domestic violence overlaps with reproductive justice.

In mass media, many famous men like Chris Brown are championed regardless of things they have done which are at most chalked up to “abuse allegations” or just another multi-faceted part of their checkered past. One could argue that not all domestic violence is directed at women but it is enough of the time to raise serious questions about the societal message and intersections between domestic violence and reproductive justice.

Witnessing my mother’s voice constantly silenced and invalidated and seeing my father’s crippling disgust for her percolate over the years, reminded me of other examples I’ve seen in the media.  From Ke$ha and Karreuche to Amber Heard, the media has responded to their experiences very differently. Hearing my mother impart this same “wisdom” of abuse acceptance onto my cousin unknowingly became a moment of understanding for me. I realized how seamlessly domestic violence norms trickle through generations, especially in immigrant families. Children see this behavior and are eventually desensitized to it and taught to be complacent in their own social relationships, and then they grow up and continue the cycle with their own children after being taught to see toxic behaviors and emotional abuse as normal.

I desperately hope the voices of battered immigrant women do not continue to be drowned out by society’s invalidation of abuse and that the second-hand trauma children unknowingly digest is validated and brought to light enough times for kids to actually begin to believe it.

Because we shouldn’t just be taught to accept it. We should be taught to know that it is okay to reject it and demand better.