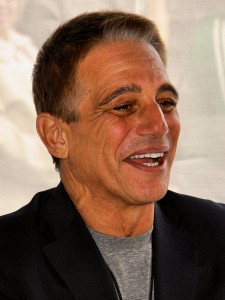 If you’re even remotely interested in what’s going on in our public education system, chances are you’ve stumbled across the whole public school vs. charter school debate. And, if you’re like me, you’ve probably been on the fence about charter schools, mostly because they’re confusing! What even is a charter school?

Charter schools, like public schools, are publicly funded, but they’re not governed by school districts or school boards. Instead, they’re run by businesses, non-profit organizations, or groups of people who write a charter and secure funding. Unlike sate-funded public schools, charters are allowed to exclude students that live within the area based on things like their special education status or test scores. Those who support charters argue that they’re a great alternative to “traditional” public schools because they offer parents and their kids the opportunity to “choose” where they go to school.

This rhetoric of “choice” and “innovation” has been used by charter school proponents as a catch-all response to a whole host of grievances that people have about our current public education system.

But, let’s be clear about what’s really going on here. We’re transferring control of school curriculum and policies to a group of people who are not accountable to the communities in which they operate. In some cases, these charters even profit off of how efficiently they manage their school’s finances. For all their talk about improving schools, in reality, charters have created more racially segregated student populations, increasingly relied on standardized test scores as the sole metric of student achievement, and increased the number of single sex schools that incorporate sexist stereotypes into their curriculum.

I think part of the reason why it’s so hard to see through charter school rhetoric is because there is a lot of confusion about charter schools. But once you learn more about how charter schools are run, it’s pretty hard to stay on the fence.

After reflecting on why I could ever even consider charter schools as a viable alternative, I realized that being convinced by the rhetoric of charter schools is kind of like that time I was sure the chorus to Elton John’s Tiny Dancer was “hold me closer, Tony Danza.”

I mean, just hear me out.

It all sounds right. “Hold me closer Tony Danza” makes sense. Elton John is gay and I guess Tony Danza was a heart throb at one point? That’s cool, Elton John; you do you. And yeah, when I first heard that charter schools want to improve the public school system I thought, yeah, a lot of our public school policies do suck.

But then you listen a little closer, and when you really learn the words, the system stops making sense.

Same goes for the rhetoric that charter schools use. When I really started to listen to the solutions for public education, I realized they made about as much sense as “hold me closer tiny dancer.” For charter schools, the solution to problems that plague our public schools is to privatize schools and break up teacher unions? Wait, what? That’s not a good idea. That’s not a good idea at all. Tony Danza would not approve. (FYI I actually don’t know where Mr. Danza stands ideologically, but I’m feeling optimistic.)

All of this isn’t to say that there aren’t a lot of problems with the way our public schools are currently run. But those problems won’t be solved by treating our schools like businesses with a bottom line. Instead, we should pursue solutions that transfer power back into the hands of communities. Rather than focusing on so-called “school choice,” we should be concerned with making sure that students and parents have a say in what goes on in their schools and that they have access to educational resources regardless of income.