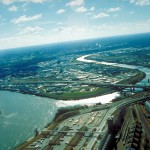 Kansas has been my home for all nineteen years of my life, made obvious by my talent of reciting almost every line to The Wizard of Oz with ease. Born, raised, and now bleeding Kansas State purple, I know that this place will always hold a feeling of safety for me. That is why I’m not afraid to be blunt about this; Kansas has failed their students and youth, and is setting up the stakes to fail them again. As a Kansan, as a student, and as a human being, this fact both infuriates me and worries me for the future of education in Kansas. Any student in the Kansas school system can tell you the main two words that pop up every school year; budget cuts. As of Monday, the… Read more »

If you’re even remotely interested in what’s going on in our public education system, chances are you’ve stumbled across the whole public school vs. charter school debate. And, if you’re like me, you’ve probably been on the fence about charter schools, mostly because they’re confusing! What even is a charter school? Charter schools, like public schools, are publicly funded, but they’re not governed by school districts or school boards. Instead, they’re run by businesses, non-profit organizations, or groups of people who write a charter and secure funding. Unlike sate-funded public schools, charters are allowed to exclude students that live within the area based on things like their special education status or test scores. Those who support charters argue that they’re a great alternative to “traditional” public schools because they offer… Read more »

When I graduated from high school, I realized that I had made it through an entire life science class without ever learning how, exactly, my own reproductive organs worked. More specifically, I sort of attributed everything to the testes and the prostate- the only two organs I knew were a part of me down there besides the obvious set of muscles and tubes. I knew nothing of seminal vesicles, Cowper’s glands or any of the hormones that are traded inside my reproductive organs besides testosterone. Perhaps this is the reason so many commercials try to sell any perceived unhappiness as the result of “Low T” in the male body– a natural phenomenon that may be responsible for hair loss, but certainly not for an unsatisfying career behind a desk. Since… Read more »

Putting #Women on the Map

In recognition of Women’s Herstory Month,  I wanted to acknowledge an organization called Sexualization Protest: Action, Resistance, and Knowledge (SPARK). Similar to URGE, one of SPARK’s initiatives is to develop and foster online dialogue to promote advocacy and activism. One of SPARK’s primary goals are to combat the negative sexualization of women and teach women about activism using the range of media at our disposal. As I scrolled through my Feedly, I came across an article titled “SPARK And Google Created An App That Highlights The History Women Made Right Beneath Your Feet“. On some days, Google celebrates historical moments, upcoming events, and political/social figures using a Google Doodle. It got me thinking. I never really payed attention to the lack of diversity in terms of race and color on… Read more »

View image | gettyimages.com I’m part of a group at my university called Feminists United and every week we hold discussion based meetings that focus on different social justice topics ie. ableism, rape culture, classism, race, gender, etc.  Having our meetings be mostly discussion based is really important because it provides a safe for people to speak on topics they are passionate about as well as learn about the unfamiliar through the help of their peers. I’ve attended these meetings and been a part of this group for a couple of semesters now, but this is the first semester where I’m going to be in the position of a group facilitator. Usually during our meetings because we have such a large group (between 30 and 40 people) we like to… Read more »