Victoria’s Secret chief marketing officer Ed Razek has come under fire after an interview with Vogue where he insinuated that trans and plus-size models are not attractive enough to be a part of the “fantasy” of their brand. The brand has been met with criticism since his comments, and #boycottvictoriassecret was a trending topic on Twitter. But let’s be honest: even if you haven’t seen what the models look like in the annual fashion show, anyone with a passing familiarity with Victoria’s Secret knows the brand always has been a blatant catering to the white male gaze.

Look back at the “Perfect Body” campaign from 2014 that showcased only one type of body. Or the many extreme uses of PhotoShop. Not to mention the many instances of cultural appropriation over the years, including their Sexy Little Geisha costume part of a “Go East” campaign. At this point, it’s hard to believe that such harmful sexualization could even be successful as a business anymore, and branding experts have explored the possibility of the #MeToo movement harming sales over the past year.

Some would argue that criticizing Victoria’s Secret is equated to criticizing people for wanting to feel sexy and desirable. Is wanting to fit a certain ideal a crime? But the truth is that  Victoria’s Secret appears to still be a mystery for many, because people are asking the wrong question when they should be asking this: why do people feel the need to fit this ideal in the first place?

A few months ago, actress Jameela Jamil brought up the idea of people being double agents for the patriarchy in an interview. Specifically, she referred to successful social media influencers like the Kardashians who regularly promote weight loss products, including appetite-suppressant lollipops to their hundreds of millions of followers. She argues that such influencers are upholding patriarchal values but are more difficult to criticize because they are typically women.

Now, Jamil’s history with targeting hyper sexualized women in the past is certainly worth criticism in itself, but I wholeheartedly agree with the idea that the patriarchy does not only exist because of white men — but because of all successful people willing to hold up these values to achieve more wealth or status in society.

Feminism is about choice, so many of us hesitate in criticizing other people’s choices towards a certain oppressive status quo, but when you are someone with as much influence as the Kardashians or Victoria’s Secret, your choices have severe consequences for your millions of followers. Consequences that affect society as a whole, that lead young people to develop severe eating or anxiety disorders that can damage their lives.

One of the phrases from Jamil’s interview talked about “recycling hatred.” These influencers were told to hate their body by people, and they are now recycling their hatred back to their followers. They advertise appetite suppressant lollipops and marvel at their tiny waists while Victoria’s Secret attempts to uphold the white male fantasy of a body being more important than a person. It’s a cycle of hatred that doesn’t seem to be ending soon.

If you want to lose weight, I hope it’s not because you just saw an airbrushed picture of a model with a Flat Tummy Tea product on Instagram. If you want to get your hair and makeup done, I hope it’s not because of the beauty industry’s emphasis on Eurocentric features. I hope our patriarchal society’s influence isn’t harming your well-being. I hope you know that no matter what you look like, you are valid. It’s not people’s fault for wanting to be a certain ideal, it’s powerful brands giving us the false idea that we have to look one certain way to be beautiful.

On the bright side, Victoria Secret’s longtime CEO Jan Singer has stepped down due to apparent falling shares and growing success of more inclusive brands. Things are changing, and I hope that more and more people decide that Victoria’s Secret was never really much of a mystery at all. 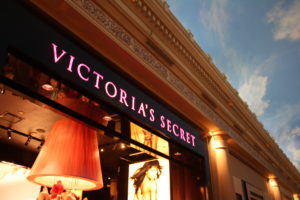