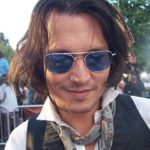 When we consume media, particularly media produced by individuals like musicians and artists, we have a choice to make: do we appreciate/not appreciate that person’s art separate from who they are as a person, or do we judge that person fully, taking their actions and views into account when we enjoy their art? While there is no clear-cut answer, I typically don’t mind if a musician or actor I like doesn’t have the same values or opinions I do; that’s part of life. Chris Pratt, for example, is Republican. He’s not discriminatory or anything of that sort, so I still support his work. However, I will not support a celebrity if they have committed violent acts, especially against women. This value aligns with what the #MeToo movement means to accomplish:… Read more »

Let me just preface this by saying, I really love feminist media, but there is no real way to define what is and what isn’t considered feminist. I recognize that it’s subjective, but for the sake of this piece, I’m defining feminist media as shows with diversity, strong female characters (generally protagonists), and views about reproductive/sexual health addressed in the show. And I also recognize that some of the shows mentioned may do great in one or two aspects of those listed above, but be really awful in one, which is why I’m starting with… 1. Gilmore Girls Although this show has very few people of color in the cast (I can only think of Lane Kim and Michel), it had some really great feminist moments. (Note: I do NOT… Read more »

View image | gettyimages.com Last night, I watched the airing of the Black Girls Rock Award Show on BET. It was lovely seeing the women I look to as current icons of black women excellence in the world of entertainment. The quirky Tracee Ellis Ross, the funky Janelle Monae, the soulful Jill Scott,  the mesmerizing Jada Pinkett, and the intelligent First Lady Michelle Obama. In the days leading up to the event. other hashtags like #allgirlsrock and #whitegirlsrock, emerged. Apparently, these same hashtags emerged two years ago in the lead up to the previous Black Girls Rock Award Show. The President and CEO of Black Girls Rock, Beverly Bond, addressed the hashtag in an article titled, “Exclusive: Black Girls Rock! Founder Hits Back at Insulting #whitegirlsrock“. She states: “As a… Read more »