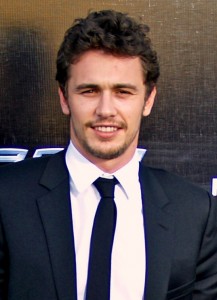 By David Shankbone via Wikimedia Commons

Earlier this week I stumbled across an interesting interview with James Franco entitled “The straight James Franco talks to the gay James Franco.”  The title alone was enough to get me to click on the article and after reading the piece I was left with a lot of frustration to say the least.

Franco was asked to do the interview by a relatively new magazine called FourTwoNine which according to the Kickstarter campaign that helped fund it in 2013, is magazine that covers “the latest news and innovations in technology, entertainment, design, media and politics, and showcases how LGBT people are living in the context of the larger world.”

Sounds promising enough, but being that Franco’s article was the first I’d ever heard of the publication and considering how dissatisfied it left me I’m not feeling too positive about the new mag.

The article’s written in a Q&A format by Franco himself and has  the “gay” and “straight” Franco engaging in a conversation. That in and of itself sent up the first red flags for me. When the “straight James” (SJ) asks the “gay James” (GJ) if he’s really gay the SJ responds,

“Well, I like to think that I’m gay in my art and straight in my life. Although, I’m also gay in my life up to the point of intercourse, and then you could say I’m straight. So I guess it depends on how you define gay. “

What bothers me about Franco’s response is that he frames being gay as something he can compartmentalize into only a certain aspect of his life. We’ve seen just how stressful and serious the consequences can be for people who choose to remain in the closet and deny themselves access to their true selves. Seeing Franco seem to suggest that kind of behavior is dangerous.

When asked if he wants people to think he’s gay he responds, “I actually like it when people think I’m gay; it’s a great shield.”

Further into the article when asked if  just having sex with a man might end his “exoticizing of gay lifestyles” he responds, that he’s only gay in his art and that it’s really about making “queer art that destabilizes ingrained ways of being, art that challenges hegemonic thinking.”

I honestly found myself getting angrier and angrier the more of the piece I read. Being a queer woman myself, I found it insulting how cavalier Franco could be when describing an aspect of my life that I live everyday; an aspect of life that queer people in general live everyday, whether they’re out or not.

It’s completely true that being queer can be something that people choose whether or not to publicly display, and more often than not it’s for safety reasons. Be it fear of losing their job, getting kicked out of their home, being bullied in school, losing friends and loved ones. But choosing whether or not to display one’s queerness does not erase one’s queer identity all together.

When asked what he would say to people who criticize him for appropriating gay culture Franco says that he doesn’t care what people think, that his sexuality is his own business.

” I am not interested in most straight male-bonding rituals, but I am also kept from being fully embraced by the gay community because I don’t think anyone truly believes I have gay sex.”

Frankly I think Franco needs a lesson in the simple differences between sexual and gender expression. What exactly are “straight male-boding rituals” that his disliking result in him being isolated from the straight community? The point being that he is an extremely privileged, famous, white, straight-passing male who as far as I know has not had to suffer any kind of discrimination or hardship that so many lgbtq individuals have had to face. And for him to paint himself as this white straight savior that can “show the gay community that many of the things about themselves that they are giving up to join the straight community are actually valuable and beautiful” is unappreciated.

I don’t need him to show me my value and beauty. I am perfectly capable of finding it all on my own. And for any queer person who is struggling I hope they find much more positivity, encouraging role models, that don’t use our sexuality as means for publicity.