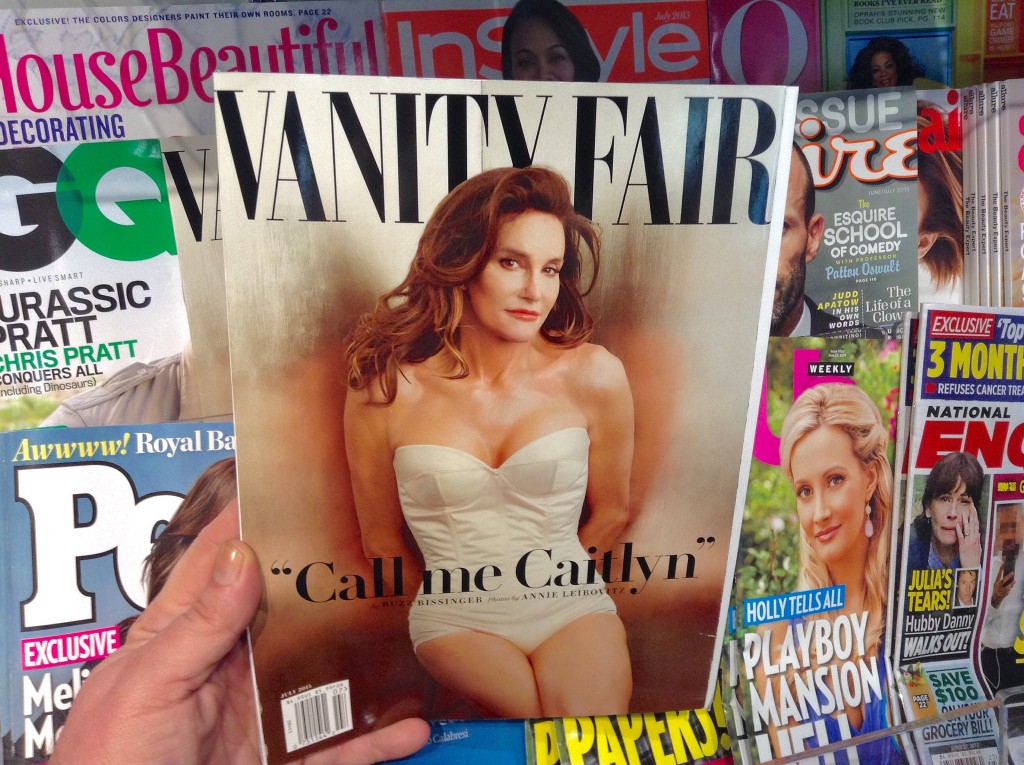 My favorite thing about Caitlyn Jenner is her name. Maybe I’m a little biased, but the name Caitlyn just has a certain ring to it.

When she first came out as transgender, I was looking forward to a well-known celebrity voice bringing more visibility to the underrepresented and often ignored trans community. When she unveiled her new name, I was excited because I saw the potential for her to have a huge impact on how the world views the LGBTQ+ community and wouldn’t it be cool to share a name with someone like that? When she gave her speech at the ESPYs, I applauded from the couch.

But now, those initial feelings have worn off and I have become disenchanted with Ms. Jenner.

There are so many reasons that I feel this way, and I wasn’t sure where to start. Caitlyn Jenner is currently a very problematic public figure, but—as is the case with many celebrities—if I listed out every single reason she is problematic, I would be writing a novella. So, after doing somewhat extensive research on her, wading through the ignorance and bigotry that runs rampant throughout all reaches of the internet, and reading up on how trans women feel about the issue, I have narrowed it down to just a few key points.

She does not seem to grasp the importance of using proper gender pronouns. In an interview with Matt Lauer, she said, “Now, ‘the community’—you know, GLAAD, all the people in the community—are like ‘Oh my god, you have to get the pronouns right; you have to do this, you have to do that.’ I’m much more tolerant than that.” This statement suggests that by not caring about pronouns, Caitlyn is being tolerant. Even worse, it implies that people who wish to be identified by the pronouns of their choosing are intolerant.

By suggesting that just going with whatever pronouns someone uses to address her, Caitlyn is suggesting it is better to cater to those who are uncomfortable with using the pronouns a trans person asks them to use. Trans people are under absolutely no obligation to make others feel more comfortable with their identity, and it is not intolerant in any way to request that someone use your proper pronouns, or to correct them if they misgender you.

Respecting people’s chosen pronouns is incredibly important; I could write another post about this alone. Instead, I will direct you to this page from the University of Wisconsin’s website, as they do an excellent job explaining it.

And here’s one trans woman’s explanation for why Jenner’s pronoun usage is important.

Remember that awful Caitlyn Jenner Halloween costume? She didn’t find it so offensive and thought it was great. Once again, she seems to have trouble grasping what the issue is here. Somebody’s identity is not a costume. It’s been said time and time again why you shouldn’t dress up as a Native American or any other culture that is not your own and that you do not understand, so I won’t give you the long explanation.

But I repeat, somebody’s identity is not a costume. And instead of speaking out against the use of her identity as a costume, Caitlyn just went with it. This blogger pointed out that she “internalized her own oppression.” I couldn’t have put it better myself. This is harmful in the same way that her cavalier attitude towards gender pronouns is harmful; if a public figure in the community says it’s okay, then it must be okay, and people are getting outraged over nothing.

This brings me to my final point. Right now, the media is basically using Caitlyn Jenner as the face of the transgender community. And even with people like Laverne Cox out there, I understand why: Jenner has been well-known in one way or another for a long time, from the Olympics to the Kardashian/Jenner family. And while the media is focusing in on her, they ignore the plight of the general members of the community. Unless you follow social justice websites, you’re unlikely to hear much about all of the trans women of color who have been murdered this year alone, for instance. You won’t hear about the poverty they face, the homelessness, the struggles of being a trans woman without the benefits of wealth.

I’m not saying this —the hyperfocus on her— is Jenner’s fault, because it isn’t. She’s somebody who is going to be the center of media attention, just like how Angelina Jolie’s every move is monitored. But what I am saying is that she could use her celebrity status to try to make a difference. Rather than saying in interviews that the hardest part of being a woman is figuring out what to wear, she could say that while she is privileged enough that the hardest part of being herself is picking out an outfit, there are others who aren’t so fortunate, who go through every day wondering if they are going to get attacked.

She has to decide which dress to wear, but other trans women have to decide if they want to risk their life by leaving their house.

I think this is what upsets me the most about her. She has such a huge voice right now and she could be using it to speak up and try to help, but she isn’t. She could really make a difference if she tried.

So from one Caitlyn to another: you can do better, and I really hope you do.