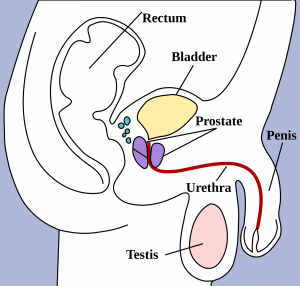 When I graduated from high school, I realized that I had made it through an entire life science class without ever learning how, exactly, my own reproductive organs worked.

More specifically, I sort of attributed everything to the testes and the prostate- the only two organs I knew were a part of me down there besides the obvious set of muscles and tubes. I knew nothing of seminal vesicles, Cowper’s glands or any of the hormones that are traded inside my reproductive organs besides testosterone.

Perhaps this is the reason so many commercials try to sell any perceived unhappiness as the result of “Low T” in the male body– a natural phenomenon that may be responsible for hair loss, but certainly not for an unsatisfying career behind a desk. Since I started working with the reproductive justice movement, I have become acutely familiar with the purpose and function of nearly every part of the female reproductive system. I have been shown countless examples of what different hymens and vulvas and breasts look like from person-to-person. I have learned how the female reproductive system regulates itself, and how it typically functions. I have also been briefed on exceptions to this rule. And I have been able to meet groups of people who talk about these topics without discomfort, disgust or an overpowering need to validate their own.

So while I was originally going to write about a lack of resources for intersex individuals, I decided to expand that topic to something greater.

Most reproductive justice advocates I have worked with  have either not yet used visual aids when discussing intersex individuals, or have had trouble finding good resources for it. Even fewer have done so with male reproductive organs.

Why is that? Why are there no solid resources for visual depictions of non-female organs being utilized by our movement that aren’t textbook science diagrams or awkwardly-snapped bathroom photos? One local URGE affiliate said she had trouble finding any good pictures of male genitalia online at all, and thus had to work with what she could scrape together on Google Images.

So why is there no Beautiful Cervix Project for prostates? No photo galleries of circumcised and uncircumcised penises, as there are for labias?

This is a complaint I have had for some time. Even the most sex-positive of authors sometimes get sidetracked in explaining that all bodies are beautiful without explaining what the bodies do. Perhaps, too, that comes from my own lack of understanding. The last body-positive book I read on human sexuality spent so much time telling me that people enjoy stimulating their prostate that it never got around to telling me what the prostate did. They did explain the female reproductive system, however.

People interested in reproductive justice ought to know about the reproductive organs of all peoples. I do not doubt anyone reading this blog will disagree with me. My problem is not with the movement, but with the lack of resources available at all, on the internet or elsewhere. Though women have, historically, been the target of sexual repression for centuries, men are often shamed for their bodies too. Intersex individuals are often demonized for their nonconformity to gender biases. With films and pop culture dictating socially acceptable sexual behavior, even behavior that might be seen as regressive, where do these people find healthy and empowering information about their own bodies? It’s not like the interest isn’t there- just look at how many people have googled “average penis size” since the first online search engines blinked to life. Outside of medical textbooks and porn, young people with male organs do not have access to the same degree of extensive, body-positive educational materials that activists have been trying  to put into the hands of women in some form or another for decades (even in regressive ways). Even Walt Disney did his part, back in the day, despite his undue focus on “hygiene.”

Some might argue there are fewer stigmas around male organs than female organs, but a stigma is a stigma all the same. It is my hope that the reproductive justice movement can help change that.