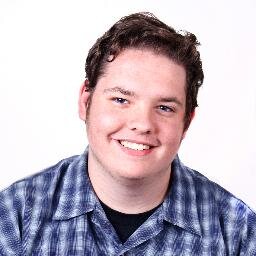 Favorite writer: Don't have one. Love them all.

People of Color and Women to be Featured on American Money 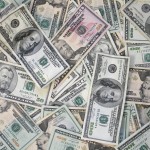 I like money. Money pays my rent and I can trade it for groceries. But more than that, I am interested in money itself. As a history buff, money fascinates me. Like a national anthem or literature, it can show the values and beliefs of the society it comes from. It can be politically volatile, or used as a force for change. I’ve collected coins for years now, and I can tell you the history of every state quarter you will find in the United States. And now, we’re going to see women and people of color on our American money. This may be nothing new to collectors: Booker T. Washington, Sacajawea and Susan B. Anthony all have their faces on coinage. But these are mainly collectors items. After all,… Read more »

Polyamory: The Next Big Court Battle

Every primate has a different method of mating, and ever since Darwin first described his theory of evolution, people have been arguing over whether or not our behavior is the result of evolution or our society’s influence. Polyamory is one such idea being constantly debated. What is polyamory? It means having a relationship with more than one person, and it has been a touchy topic amongst feminists in the past. Many support “ethical polyamory,”while others find it harmful. Some believe it can lead to abuse or appropriation, though I would argue that’s possible with any style of relationship. Even so, polyamorous relationships seem to be making something of a comeback in the public eye. Both scripted and reality TV has looked at the phenomenon. Last week in Utah, polygamous marriage… Read more »

In an example of post-judicial infantilism, the state of Alabama is doing everything it possibly can to discourage same-sex marriage. Early last month, the Alabama Supreme Court ignored the stamping of feet from certain special interest groups in the state by affirming the fact that they would (reluctantly) follow federal law to the letter by offering marriage licenses to same-sex couples. Despite this, the Alabama Supreme Court refused to recognize same-sex adoptions if they occurred out-of-state, a decision overturned by a per curium opinion handed down by the Supreme Court itself later that same month. Now, the Alabama legislature is attempting to change the way marriage works in the state altogether. Senate Bill 143, introduced by Sen. Greg Albritton this February, would effectively end the distribution of all marriage licenses in the state. What… Read more »

While most of Alabama has spent the past few weeks following the sexual misconduct scandal surrounding Governor Bentley, the Alabama House of Representatives quietly began debating a resolution that would add an amendment to the state constitution claiming that life begins at conception. The bill was sponsored by Decatur representative, Ed Henry, with five speakers acting on his behalf during the March 23 meeting of the Health Committee, who took no vote on the subject. According to the ACLU, such an amendment could spell the end for all abortion clinics and medications in the state, as well as removing existing exceptions to abortion laws based on rape or incest. Perhaps the biggest thing working against the law is that many forms of contraception, including birth control products like Plan B,… Read more »

Though many religious leaders say it is not required given the circumstances, diabetic and pregnant Muslims often try to celebrate Ramadan with both fasting and prayer. This practice requires the supervision and care of a culturally-competent doctor who understands both the medical issues that could spring up from fasting as a diabetic or mother-to-be, but also one who understands the cultural significance of the holiday. Culturally-competent doctors can be hard to come by in the United States; many medical students have only just begun to be assigned textbooks on the subject of treating those from foreign cultures. So why, then, is it so difficult for doctors from foreign countries to get certified in the United States? According to the Migration Policy Institute, there are now nearly 42 million immigrants living the United… Read more »

When I graduated from high school, I realized that I had made it through an entire life science class without ever learning how, exactly, my own reproductive organs worked. More specifically, I sort of attributed everything to the testes and the prostate- the only two organs I knew were a part of me down there besides the obvious set of muscles and tubes. I knew nothing of seminal vesicles, Cowper’s glands or any of the hormones that are traded inside my reproductive organs besides testosterone. Perhaps this is the reason so many commercials try to sell any perceived unhappiness as the result of “Low T” in the male body– a natural phenomenon that may be responsible for hair loss, but certainly not for an unsatisfying career behind a desk. Since… Read more »

I grew up in a family of Baptists, which in my experience meant gambling was wrong except for when my family did it. I heard a joke once about Baptists: that the only place they don’t recognize each other is in the liquor store. And in the case of birth control, that too came to be an odd beast in the home. I know enough about my parents’ sex lives to fill a small, uncomfortable book. I know enough about other people’s sex lives to fill a weighty tome. And as far as I can tell, most of the people I know who have sex use birth control when they can get it, even when they claim to be against its use. I have friends who choose not to buy… Read more »

WE NEED TO DO SOMETHING ABOUT FLINT’S WATER CRISIS

Since we’ve covered it here on ChoiceWords before, I’m not going to tell you exactly why the Flint Water Crisis is a reproductive justice issue. Others have done that with more tact than I might have. What I want to do today is tell you how important it is to muster a response to this crisis, from my own experience. I used to report on business news in Birmingham, Ala. It was an interesting job, to say the least. I got to interview everyone from cookie barons to the Japanese Consul-General of the Southeastern United States. And while I worked there, I would have to do a great deal of research on the companies I wrote about. If I was going to interview someone from Caterpillar, I needed to know how their distribution… Read more »

According to most studies, very few people regret having an abortion. This, however, does not stop unlicensed “crisis pregnancy centers,” staffed by activists (many of whom have no medical training), from proselytizing to people who want to make the decision to have an abortion in a safe environment. Said pregnancy centers often give people false information about abortions, including any of these things published by hopeafterabortion.com. Their lies include: abortions make women “155 percent” more likely to have suicidal behavior and “138 percent” more likely to have mental health problems than “women who have given birth.” Now, one anti-choice physician is claiming that people can reverse the effects of an abortion, without a shred of medical evidence to back it up. According to advocates of “reverse abortion,” all it takes to… Read more »

Your Cervix Is Beautiful, according to this organization

Have you ever wanted to see just what your stomach looked like? Or your heart? Or liver? What about your cervix? Not a lot of people know about the fundamental functions or appearance of their reproductive organs — I didn’t know what a prostate did until I was well into college, knowing until then only that it was something that can end up cancerous. Unlike the digestive system, and the circulatory system, or even the nervous system, rarely do we get briefed on the inner workings of the reproductive system beyond the function of the sperm and the egg (if that at all). The cervix is one such organ that people may have never seen. In some circles, it is viewed like the prostate: generally something that exists gives you… Read more »