Polyamory: The Next Big Court Battle 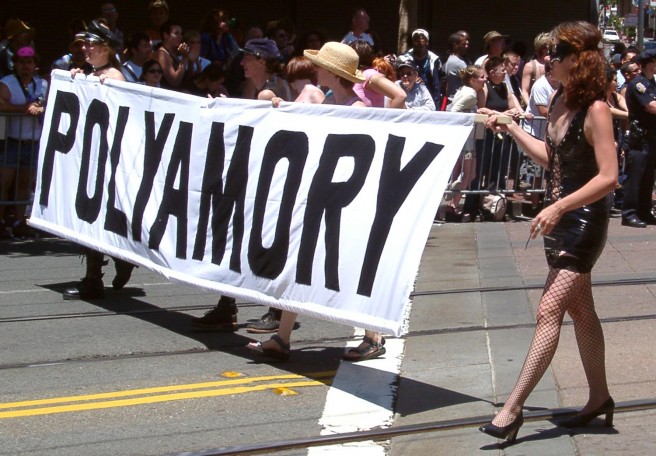 Every primate has a different method of mating, and ever since Darwin first described his theory of evolution, people have been arguing over whether or not our behavior is the result of evolution or our society’s influence. Polyamory is one such idea being constantly debated.

What is polyamory? It means having a relationship with more than one person, and it has been a touchy topic amongst feminists in the past. Many support “ethical polyamory,”while others find it harmful. Some believe it can lead to abuse or appropriation, though I would argue that’s possible with any style of relationship. Even so, polyamorous relationships seem to be making something of a comeback in the public eye. Both scripted and reality TV has looked at the phenomenon.
Last week in Utah, polygamous marriage was banned by the 10th Circuit Court, overturning a ruling passed in 2013 that decriminalized such an act. Arguing that their religious freedom was at stake, The stars of the “Sister Wives” reality TV show sued the state to make their marriages legally binding. This is significant, since Utah is home to nearly 30,000 people who practice polygamy, most of them Mormons. In the United States, there are nearly 150,000 people who practice polygamous marriages despite its legal status.

Mormons are not alone in practicing polygamy under the radar. Much of the Muslim world allows marriage to multiple partners. The Navajo practiced a form of polygamous marriage until the late 19th century, and continued the practice even after it had been outlawed by US federal courts. It was a part of their culture. Marriage in their world did not follow the same rules set forth by American courts, and as such many marriages, even monogamous ones, weren’t recognized.

With this in mind, I would argue that polyamory is a social construct as much as monogamy is, and may well be the next big thing in the reproductive justice movement. Like other relationships, it’s a complicated beast. According to my grandparents, it’s adultery plain and simple. According to some self-identifying polyamorous folk I know, it’s a way to strengthen a committed relationship by exploring other options. My partner has given talks extolling what she calls the virtue of ethical polyamory (saying that 90 percent of all relationship issues in movies can be resolved with it), but has personally never been interested in the idea. Can it be fulfilling for some people? Certainly. Can it be harmful to others? Of course. So can anything. It’s worth noting that TV’s most dysfunctional families are all nuclear.

Simply practicing polyamory won’t fix a bad relationship, nor will it change public opinion overnight. There are legal and constitutional aspects to consider as well. American courts are currently only equipped to handle marriage between two people. Marriage, after all, is just as much designed to facilitate the transfer of property as it is a change in one’s relationship status. Polyamory is more than just, “swinging, cheating or kinky sex.” It’s a valid way to live and love. What’s important is that a relationship is healthy and open. That doesn’t mean polygamy will work for everybody, but I predict it’s going to be something we see come up in courts more often, especially given the prevalence of polyamory among those backing the LGBT+ movement, so, it is worth learning more about it.

3 Responses to “Polyamory: The Next Big Court Battle”