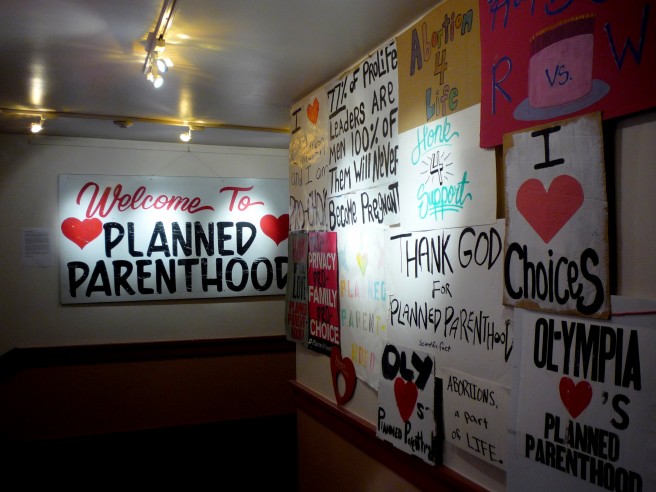 According to most studies, very few people regret having an abortion. This, however, does not stop unlicensed “crisis pregnancy centers,” staffed by activists (many of whom have no medical training), from proselytizing to people who want to make the decision to have an abortion in a safe environment.

Now, one anti-choice physician is claiming that people can reverse the effects of an abortion, without a shred of medical evidence to back it up.

According to advocates of “reverse abortion,” all it takes to counteract one dose of mifepristone (the most commonly prescribed medication for chemical abortions) is an injection of progesterone, a hormone that helps regulate the menstrual cycle and maintain the early stages of pregnancy in the human body. Nearly every single gynecologist who heard the process can be reversed, called bunk on that, for various reasons:

Dr. George Delgado, M.D., the man who came up with the idea of reverse abortions, had a study published in the Annals of Pharmacotherapy, in which he looked at a massive sample size of only six women to determine if this process worked, administering 200 mg of progesterone each. Of them, four were able to carry their pregnancy to term. This is about the same number of people who would have been able to do so had they simply stopped taking the mifepristone altogether. Far from being a neutral party to reproductive science, Delgado is the medical director of Culture of Life Services (CLS) in San Diego County, California, a Catholic nonprofit that pays for non-medical crisis pregnancy centers in California. Delgado, like the CLS, is a proponent of the Creighton Model FertilityCare system, a method of “fertility management” that spreads misinformation about birth control and fertility, with some proponents claiming this system can even “cure infertility,” rather than simply identify when a person is ovulating. Very little research has been done to verify or invalidate the claims of the model, and the only major healthcare providers who support it are all Catholic. As such, it may be worth noting that the CLS and other groups teach reverse abortion and the Creighton Model together in their crisis centers.

Nevertheless, anti-choice groups have already adopted the research of Delgado through online resources and hotlines. The states of Arizona and Arkansas have already passed state laws forcing doctors to tell their patients that this pseudoscience does, in fact, work. Three Arizona physicians have even asked Planned Parenthood to help them sue the state government for printing such misinformation. Other states may soon be considering similar laws, so keep an eye out on your elected representatives this election season.