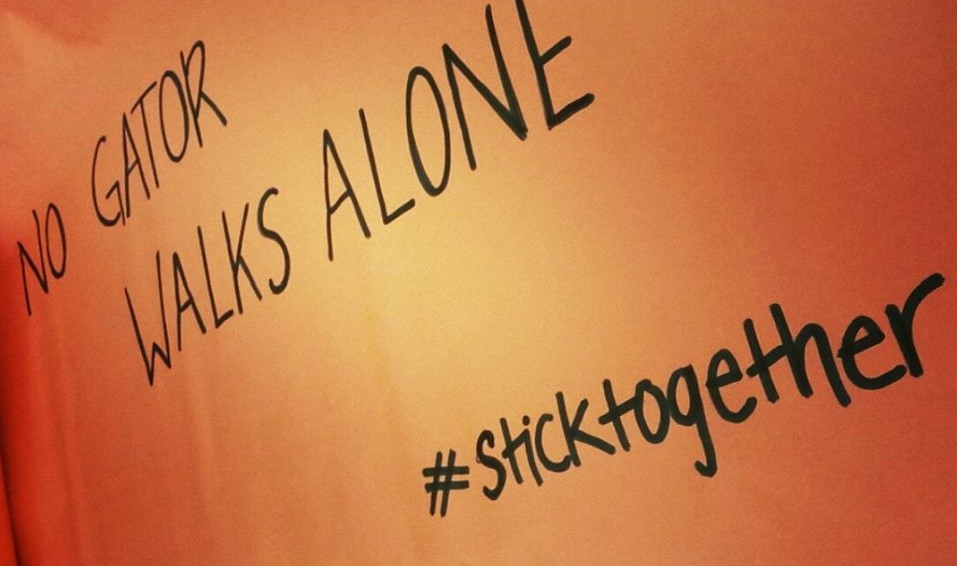 I’ve spent more time in the past week researching personal safety apps, the likes of Kitestring and TapShield, than I have studying for my classes.

It’s only the third week of the semester and already, four assaults have been reported at the University of Florida, the school that I attend and the school where I used to feel safe.

We have a text alert system here at UF and it’s disconcerting how many recent nights I’ve received a string of texts beginning with “battery just occurred.”

The suspect in all four cases is the same, according to the text alerts we’ve gotten. A white, 6’ 4”, 200 pound man, it’s no wonder that he’s been easily able to empower all his victims.

All four women—of various builds and looks, according to police—fought back in some means, whether it was physically or by yelling for help.

But should they have to?

Should I have to try and fit sessions of a Rape Aggression Defense program, offered by campus police, into my schedule next to organization meetings and nights out with my friends?

However, in this specific case, no woman should. Battery, both sexual and otherwise, happens to all genders. This specific attacker is targeting women, however, so the issue here is gendered.

It’s enough to make you angry. My male counterparts are free to enjoy college life as normal, but my female peers must now live in a state of constant hyperawareness.

I am being told by campus police, by student government and by my peers not to walk alone, and especially not to walk at night.

That’s easier said than done. Clubs meet in the evenings on campus. Late-night library sessions are a necessity for those who can’t study at home. I have a class that let’s out at 9:20 p.m. I received the last assault notification at 9:29 p.m., about the same time that I walk across campus from class to my car.

Life does not stop because of assault. I’m still expected to attend these classes, to work at my job on campus, and to maintain my extracurricular activities.

I’m also now expected to walk in groups, to not wear headphones, to not talk on my cell phone, to wear clothing that covers all “enticing” body parts, to carry a weapon that meets campus code, and to know how to fight off possible attacks.

I’ll do that, and for my next  trick, I’ll saw myself in half!

Expecting a woman to prevent her own assault is as ridiculous as expecting me to perform a magic trick.

The most infuriating part? These attacks interrupt the education of women, who now must carry pepper spray in addition to their textbooks if they want to feel any semblance of safety or who might now skip class because they feel unsafe walking to it, but still allow for men to feel safe and comfortable in any setting.

UF Police has supposedly increased patrols, according to an email sent out to students. Increased police presence is a start, but UF needs to increase lighting in dimly lit areas on campus.  The campus needs to have more cameras, so that we could at least get a clear image of the attacker.

But most of all, UF—and society as a whole—needs to teach students and affiliates not to rape, rather than to avoid rape.

Until we do that, I’ll live in a world and attend a school that perpetuates rape culture by telling victims that assault is their fault.

One of my best friends lives on campus, about 200 feet from her boyfriend’s fraternity house. She told me that her RA refused to let her walk over to the fraternity house and then only finally relented when she allowed herself to be escorted over.

We, as women, shouldn’t have to prepare for an assault the moment we step out the door, or when we take a one-minute walk across the street.

I’m lucky to have felt safe on my college campus up until now. Many women do not have that privilege.

But I shouldn’t have to live in fear, even if it’s just for a moment, and I should not have to weigh the benefit of going to the library to study against the chance of getting attacked.