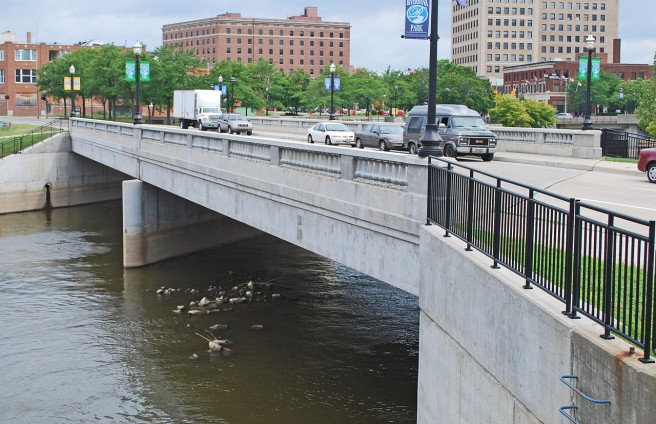 Michigan has made national news a good bit lately for the water crisis in Flint.

For those that are unaware of what is going on, or who haven’t heard much about it, I’ll give a bit of background. In April of 2013, a money-saving decision was made by the state-level officials that Flint residents would no longer receive their water from Detroit, but from a pipeline from Lake Huron. This pipeline would not be completed for a few years, but Detroit cut them off from receiving water a year later. Until the pipeline is complete, the residents have to drink water from the Flint River.

Here’s where the situation starts to fall apart. Residents began complaining about the water within a month. Two boil advisories were listed over the course of a few weeks. My favorite part of this fiasco happened in October 2014: “After the General Motors plant in Flint refuses to use the river water because it’s rusting car parts, the city arranges for the company to tap into a different water line. The residents of Flint still have to drink the river water.”

You might be wondering why I’m choosing to write about this. Sure, this is a horrible situation, but isn’t this more of an environmental issue than a reproductive justice issue? I have to disagree. While this is an environmental issue, I believe that the health of children and families—such as having safe drinking water—is a reproductive justice issue, and I’m not alone. Here’s what the National Women’s Law Center has to say on the subject:

“By endorsing the principles of Reproductive Justice—including the right to bear and raise children in healthy environments—you are advancing Environmental Justice. Both RJ and EJ are concerned with the health and well-being of all people. They seek to improve socioeconomic conditions for those living in poverty and to provide a forum for traditionally marginalized communities to advocate on their own behalf.”

Suddenly a water crisis sounds like a reproductive justice-related topic, doesn’t it?

According to the US Census Bureau, 56.6% of Flint residents are African American and 41.5% fall below the poverty level. Both of these numbers are drastically higher when compared to Michigan’s demographics as a whole. Flint is a city made up of a majority of people of color and a large amount of low-income families. Essentially, these are two of the marginalized groups we would focus on helping in both reproductive justice and environmental justice.

Michigan’s governor, Rick Snyder, has called the crisis his “Katrina,” referring, of course, to the disastrous handling of Hurricane Katrina when it hit New Orleans in 2005. Maybe this was an innocent comment and he didn’t quite realize the implications that could be made from that statement, but it is far too easy to connect the dots. The areas affected the most by Katrina were populated by people of color and/or low socioeconomic status. The same can be said for Flint.

This water crisis is bringing up questions about the environment, race, class, children’s health, and so much more. The situation is ongoing, with recent reports showing residents are still paying for water they can not use. As the story develops, one thing that remains clear: the residents of Flint are in need of help. If you’d like to help, here’s a few ways you can.