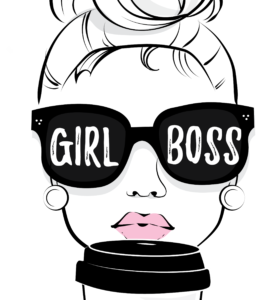 In the 21st century, much of societal and pop culture interpretations of feminism come from the glamorized idea of the “independent, strong, and self-sustaining” white woman. The CEO of a big company, large and in charge, bossing people around, and taking no one’s bullshit. It’s a 1st wave suffragettes’ dream- being afforded the financial and social power of a rich white man.

I understand the appeal of strengthening and empowering women to take over the workforce and to further their professional careers. But, I don’t think the appeal of being on the same level as a man who abuses his employees and pays them unfairly, is what is going to fix professional/work-force sexism and wage inequality.

Breaking the glass ceiling seems fun until you find yourself in a boardroom meeting with men who laugh at rape jokes and stare at young interns, making millions of dollars while their employees struggle to meet quotas and are forced to compromise their physical and mental health. Often, I wonder how these women that run businesses are doing it. Are you being a fair employer, or are you now assuming the role of an exploitative boss?

I’ve never understood the appeal of owning a business and “becoming rich,” because in its core, business ownership is hectic- so I applaud anyone who navigates through all of the different avenues necessary to own one. However, I cannot seem to drop the idea of a fair employer.

Are you paying your employees $15/hour minimum? Do they have “affordable” and “good” health insurance? Are they allowed to unionize?

From my own experience, in previous jobs where women were supervisors, bosses, and even CEO’s, this was not the case. We were overworked and underpaid and subjected to verbal abuse almost daily.

Is this what people are making Pinterest boards with inspirational quotes over? I hope not.

This entire popularization of business ownership, “making your own money”, and “being successful”, are the phrases that allow you to view capitalism through rose-colored lenses, and then perceive it as a means of success.

Interestingly enough, the origins of the popular “girl boss” phrase come from sex workers, and yet women profiting off of the “girl boss” aesthetic often shame sex workers and look down upon working-class women who aren’t “on their level.” 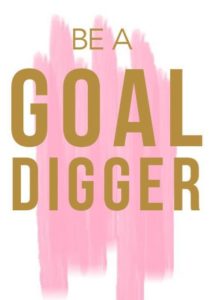 For example, the term “hustle” was popularized by black sex workers- about the organizing and outreach it takes to survive and make money as a sex worker. Furthermore, the graphic above (encouraging women to “be a goal digger,”) speaks for itself regarding the harmful assumptions presented.

Not everyone wants to get an MBA and hire an overworked and unappreciated assistant to attend to their every whim. Why is there such an obsession with becoming the oppressor? 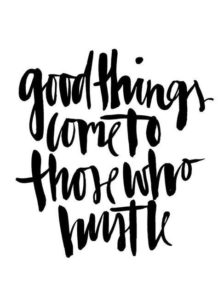 I was raised by a single mom who almost always worked multiple jobs whilst also attending school, and somehow she was always able to attend to my needs. She is now earning her Master’s degree and will soon be graduating and with a great job.

In many ways her story is the scripted “American Dream:” work hard and your “dreams” will come true. But at what cost are these dreams achieved? The sacrifice of physical health? Adequate sleep? Living in a constant state of stress and exhaustion?

Money is not something that I am a fan of.

So many aspects of my life are entirely dependent on having enough money, and there have been times where I stretched myself so thin just to make the money I needed, that in the end, it was never worth it.

In my utopia, things would be different.

Nothing should cost anything. Everything that is in existence is made from materials that were already on this earth. That’s probably the most important thing I took away from my physics courses: the conservation of energy. Nothing is created or destroyed; it simply changes forms.

But our society is not my idea of utopia, our society happily romanticizes the capitalist experience of survival. So much of our daily lives are wasted just to make money to afford basic human needs.

I know that there are people so rich that they don’t need to work and worry about these things; but, when I see people at the store replacing fresh foods for canned items because they’re cheaper, or see people stressed at the pharmacy, contemplating if they can afford their medication that day, I can’t accept that.

So when we tell young girls to turn their hobbies into something that can be commodified, sold, and consumed by the masses, what are we promoting?

In Sheryl Sandberg’s popular book, “Lean In”, she quotes, “A truly equal world would be one where women ran half our countries and companies and men ran half our homes.”

Again, I understand this drive to give more leadership positions to women- we’re in desperate need of that. But, trying to work harder than anyone else to become financially well off by the means of capitalism, makes no sense to me. There are other ways we can exist and be happy and successful, without having to stretch ourselves thin- contributing to the absurd fascination with yearly salaries and promoting overall wage/class inequality and poverty. 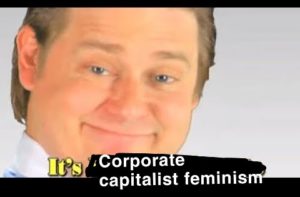