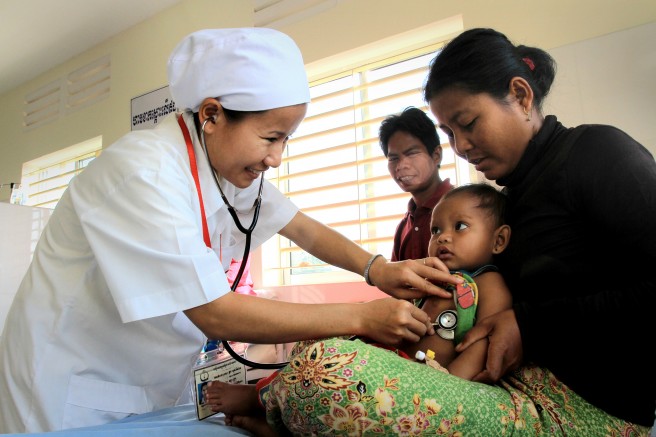 Another day, another shitty reproductive health policy introduced by the Trump administration that will have untold effects on millions of people around the world. Earlier this week, as the country launched its annual recognition of global health needs during National Women’s Health Week, the President announced an expanded version of the Global Gag Rule he reauthorized soon after his inauguration. The original gag bars any funding from an international health organization that promotes abortion as a medical option for ending a pregnancy, which affects the $600 million budgeted for family planning. Already harsh and dangerous, the rule has been revamped to suit the archaic and asinine appetites of anti-abortion extremists. Now, the law threatens millions of lives with the potential to inadvertently spread disease and global illness.

This newest policy — dubbed the Protecting Life in Global Health Assistance — takes the global gag rule’s original $600 million in aid cuts and adds another $8.2 billion, restricting $8.8 billion in funding to multiple global health crises like Zika, malaria, and HIV/AIDS. Any organization that even speaks of abortion as healthcare could see their US funding completely stripped, leaving a vacuum in global health initiatives that have worked for decades to end the spread of deadly, preventable diseases.

The funding cuts could also have an adverse effect on local communities in hundreds of countries, whose salaries, educations, and job trainings would be cut as well. What the President doesn’t seem to realize is that the money going into most international health organizations includes funding that sustains families and small businesses in countries like Brazil, Indonesia, and Uganda. It allows more girls to attend school. It means a mother has access to safe prenatal or birth control care, enabling her to raise and support healthy children. The economic injustice of having the lives of an entire community fall apart, from the top down, because of stigmatizing lies just adds to the already present dangers of the inaptly named legislation.

As presidents come and go, the Global Gag Rule has been removed and reintroduced numerous times since it was first established in 1973. But instituting such a law now, as countries have only begun to recover from the Ebola outbreak of 2014 and deal with the ramifications of the most recent Zika virus outbreak, is just cruel. Whether the President wants to realize it or not, globalism can’t be eradicated with a stroke a pen or a new executive order.

Failing to acknowledge the health concerns of millions of people in the US and abroad doesn’t make America strong or great. Ignoring the fact that banning abortion has never and will never stop them from happening doesn’t make anyone safer or healthier. Denying reproductive health rights to millions of people for reasons based on medical inaccuracies and falsehoods doesn’t unite a divisive and politics-weary nation. Standing up for reproductive health access here in the US also means standing up for reproductive health access around the world; the only way we’ll win is by standing up together to shut down any policy that doesn’t protect and serve the public.

In the United States, we’ve seen the obsessive compulsion to create barriers to reproductive health services in every possible way affect countless people who now struggle to access abortion. Globalizing this obsession will only create devastating effects on the financial and physical well being of hundreds of thousands of families abroad.