How The Pro-Choice Movement Brought Me Back to Catholicism 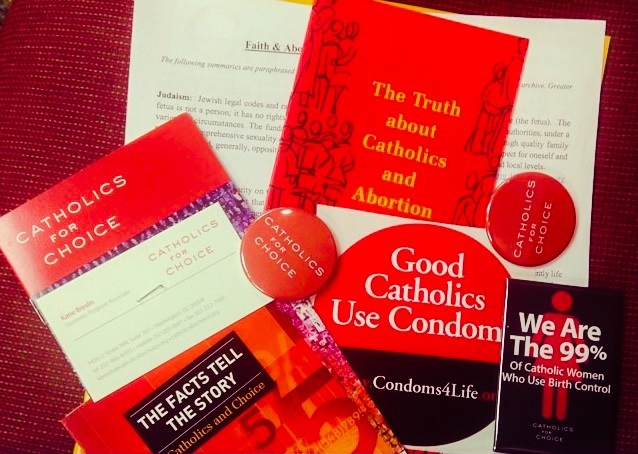 One of my earliest memories is of being terrified in church.

I was sitting in the pews, minding my own business (by which I mean coloring in the Disney Princess book that my Mother had brought with her to keep me occupied during Mass) when all of a sudden everyone around me stood up, joined hands, and began solemnly singing in unison. I was petrified. Why was everyone standing? Why were they singing? How did they know to all stand up at the same time?

When my parents sat down next to me, I turned to my Dad and asked him what had just happened. He let me know that they were praying — but that still didn’t make sense to me. I knew how to pray; I said prayers every night before I went to bed, and none of the prayers I had been taught involved standing, singing or holding anyone else’s hand. Was I supposed to be singing my prayers? Would holding hands with someone else make my prayers more powerful? Did standing up making it easier for God to hear me? I turned to ask my father if the prayer they had just done was different from my prayers, but when we made eye contact he shushed me before I could continue questioning. For the rest of Mass I sat in scared silence, worrying that all of the prayers I had done up to that point were being ignored by God because I wasn’t doing them right. 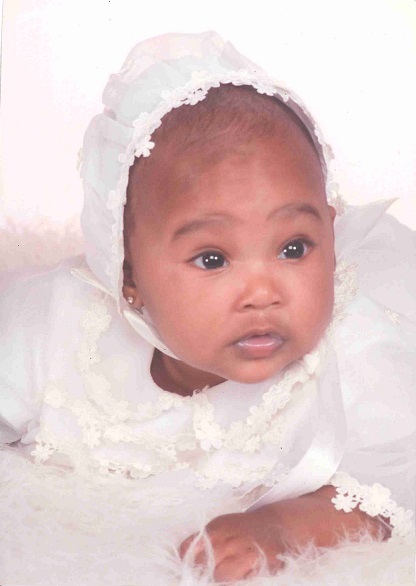 I’m pretty sure the face I was making during Mass is similar to the one I made in my Christening photo.

This memory sums up my experience with the Catholic church pretty efficiently. I had so many questions: where exactly is Heaven? Why do priests wear dresses? How did Noah find two of every kind of bug on Earth? When Jesus rose from the dead, did he just continue doing the stuff he had done before he died? Also, since he’s not alive anymore, when did he die for real? My questions were always met with the same response — just have faith. For a few years, that answer was enough for me. I had to have faith, because people who didn’t have faith went to Hell, and Hell was not a place I wanted to be. Plus, I got to wear a pretty dress every time we went to church, which was awesome. 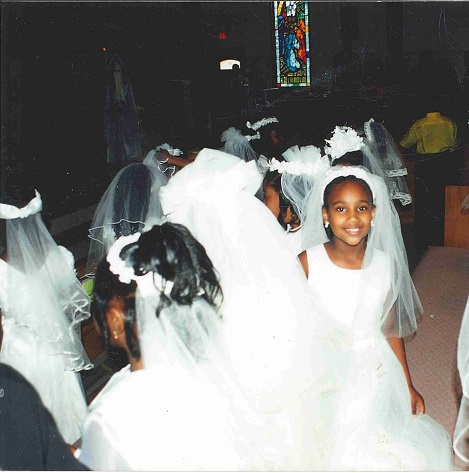 At my First Communion, I was way more excited about my getting to wear a veil and a pretty dress than I was about accepting the body and blood of Christ.

But as I grew older, my questions became more complex. The response, however, never changed. I was told to just have faith, to believe the word of God, to follow the teachings of the Church. I started to believe that I was a doomed to Hell, because I couldn’t make myself believe things that didn’t make any sense to me. By middle school, I was a self-label agnostic, leaning heavily towards atheism.

This summer, as a part of the Sex and Politics in the Capital Summer Intern Series, I attended a panel on faith advocacy and reproductive rights. In the panel, a representative from Catholics for Choice spoke. She explained that the vast majority of Catholics disagree with the Vatican’s stances on sex, marriage, family life and motherhood. She went on to say that one of the main tenets of Catholicism is conscience— the belief that people should follow their internal compass above all else, and respect other’s rights to do the same.

I felt like my world had been flipped upside down. I was so certain in my belief that supporting a person’s right to choose was directly opposed to everything Catholicism stood for. That night, I spent four hours exploring the Catholics choice website — I learned that I could be Catholic and still support contraceptive rights; in fact, 99% of Catholic women use a form of birth control that is banned by the Vatican. I could be Catholic and still be sex positive. These views weren’t just held by people who wanted to maintain their faith and their social views, they were actually supported by theology. I was shocked, but I was also comforted. Though I have identified as agnostic for years, the label never seemed to fit quite right. Catholicism was a part of me from the day I born, whether I liked it or not. I had always resented this, but maybe it wasn’t such a bad thing after all.

I don’t know if I’m comfortable identifying myself as Catholic again just yet. It’s going to take a lot of self examination to get to the root of my beliefs. But the knowledge that I can hold onto my social convictions and still participate in the church lets me know that if I do find that Catholicism is the right faith for me, I will be welcomed back. And I have the pro-choice movement to thank for opening that door.