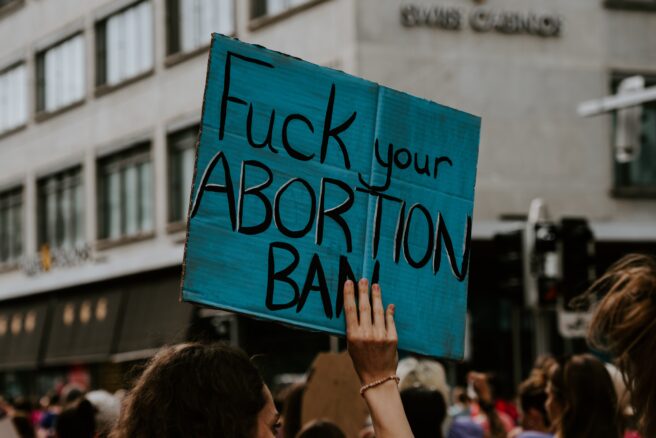 On September 1, SB 8, a restrictive abortion bill, went into effect in Texas. The bill bans abortion after 6 weeks, before many even know that they are pregnant, and allows private citizens to sue abortion providers and anyone who aids in helping someone obtain an abortion, from an Uber driver who provided transportation to the clinic to someone who provided financial support.

Abortion bans have been a longtime legislative priority for the radical Christian right, under the guise of protecting the “unborn.” But these bans are not about any type of care or empathy for children. If that were true, the radical Christian right would support social programs that help children and parents. This abortion ban is not about children at all. It is about ensuring that the United States remains a majority white country.

In the late nineteenth and early twentieth century, immigration from majority Catholic countries such as Italy and Ireland was quickly rising. However, birth rates among America’s majority Anglo-Saxon protestant population were in decline. Horatio R. Storer, known as the man who started the “physicians’ crusade against abortion” asked in 1868 if the West would “be filled by our own children or by those of aliens?” As anti-Catholic attitudes simmered down in the later decades and Irish and Italians became included in the definition of “white,” high immigration rates from Asian and Latin American countries stoked fears of a shrinking white population, and Catholics and Protestants found common ground in the anti-abortion movement.

White supremacist groups also took up the anti-abortion cause, with Tim Bishop, a representative of the Aryan Nations, a now-defunct white extremist group, saying that the anti-abortion movement was “part of our Holy War for the pure Aryan race.” The Ku Klux Klan put out wanted posters for abortion providers Dr. David Gunn and Dr. Britton, who were subsequently assassinated in acts of anti-abortion violence in 1993 and 1994 respectively. The KKK later organized a rally in support of the killer of Dr. Britton.

In the United States, birth rates have been steadily declining for decades. Not only are women more likely to delay having children, but becoming a parent now feels optional, in a way it didn’t in previous generations, especially for groups of people who have a lot of social mobility in society, like white people. White people are paid more than any other racial group, meaning they can better afford access to reproductive healthcare like abortion. This, coupled with an obvious lack of societal support for parents, has led to a decline in America’s white population for the first time since 1790. And far right-wing groups have noticed.

In Texas, people can no longer receive abortions after six weeks and if they do, bounties may be put on the heads of those who aid and abet an abortion, and private citizens can sue abortion providers. To those who say this is about protecting life, not preserving the white population, the Governor of Texas, Gregg Abbott, tweeted and deleted a link to this article titled, “Texas gained almost nine Hispanic residents for every additional white resident last year,” This is purely about forcing white people to have children, in an effort to preserve the white population, not any sort of concern about a fetus.

The United States has a long history of using racism and xenophobia to implement strict abortion laws. To discuss the wave of bills banning abortion across the country without understanding the white supremacist, pro-Anglo-Saxon roots anti-abortionism has, means to not fully engage with the truth. It is important for everyone to know that abortion bans always have, and always will be a tool of white supremacy.