In Defense of Pete Davidson 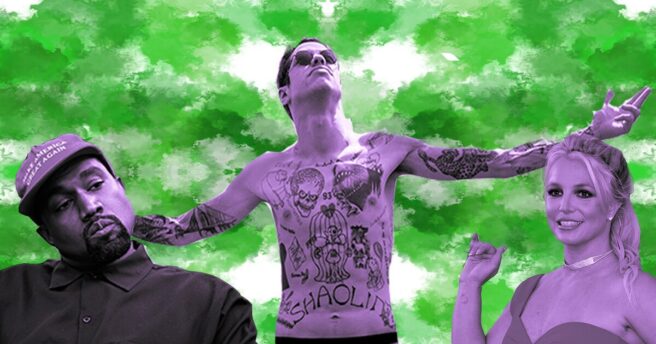 This year, at my small socially-distanced birthday gathering, we placed our chairs 6-feet apart in my backyard and set up the projector to watch the only movie I’d been looking forward to all year: The King of Staten Island. The film, written by and starring Pete Davidson, centers a twenty-something named Scott who struggles to accept his mother’s new partner after the sudden death of his father, a firefighter, years prior. Considered to be semi-autobiographical, this film sparked much conversation amongst film critics—with one noting that the film seemed to serve almost as “an explanation for Davidson’s actions over the last few years.”

It’s fair to say that Pete’s public perception since his 2014 debut on Saturday Night Live is one cloaked in controversy. He’s been frequently criticized for his overt marijuana usage, taking verbal swings at his employer, and basing a large amount of his comedy material around what many people consider “taboo subject matters.” He pokes fun at his father’s death in the 9/11 attacks, was slammed by the Roman Catholic Diocese of Brooklyn for his comparison of priests to alleged pedophile R. Kelly, and had to issue an apology for a joke made at the expense of then-congressional candidate and disabled veteran Dan Crenshaw. Since his tumultuous 4-month engagement to a certain A-list pop star in 2018, his profile has moved from relative obscurity to a household name amongst internet natives.

Many of these controversies are tied to the comedian’s (sometimes involuntary) openness about his struggles with mental health. During an SNL Weekend Update appearance, Davidson became one of the first celebrities to openly discuss his borderline personality disorder, a relatively rare but highly stigmatized mental illness. Over the years, he’s had various interviews and skits about his “erratic” behavior and how he tries to balance fame and his illness. This was particularly relevant when his mental state became headline news after sharing thoughts of suicide on social media, soon after ending his engagement.

Criticism surrounding Pete’s reputation quickly revived after his second comedy special, “Alive from New York,” was released in February earlier this year. Ariana Grande stans aside, much of the Twittersphere slammed the special, claiming it to be disrespectful, tasteless, unfunny, and “cringe-worthy.” Users claimed that the Netflix special was not a comedy routine, instead resembling a crazed rant by a disgruntled ex.

Admittedly, the stand-up was at many points incredibly raw. Several times throughout the hour, he had to restart stories multiple times after falling into a tangent, dragging many of the jokes on for great lengths. The main antagonist of the act was his ex-fiancé- featured heavily throughout the special, but receiving specific jabs when asking how fast twitter would cancel him if he “spray-painted himself brown and put himself on the cover of Vogue” in reference to her various skin-tone changes. Some bits failed to even have so much as a punchline, and the usual fare of September 11th references made me feel like less of an audience member and more like a voyeur observing a therapy session. After spending a handful of weeks on Netflix’s top 10 at the beginning of the world’s COVID-19 quarantine, thousands gleefully picked the piece, and its creator, apart.

As someone living with BPD, however, the special invoked two feelings I didn’t see expressed on my timeline: concern and empathy. Throughout the show, I kept what was almost an imaginary checklist, marking off the symptoms in line with our mutual illness. As someone who’s struggled with my mental health, the descriptions of unstable relationships, extreme anxiety, feelings of abandonment, and reckless behavior didn’t fit into the callously labeled “messy” box that the rest of the internet was so quick to put it in. Watching Pete, I didn’t see someone simply bitter about his life path; I saw someone trying to navigate a mental health crisis under circumstances unimaginable to the majority of us.

It’s fair to say that recent generations have done a better job of combatting mental health stigma than our forefathers. Therapy sessions are a common talking point among gen-z friend groups, and public disclosures of illnesses such as depression or anxiety by celebrities have often been lauded as “brave” by the general public. Until recently, those same ailments were seen as a personal and moral failure—something that you could pick yourself up out of if you “chose” to have the right attitude. And while it’s important to recognize the work our society has put in to de-stigmatize depression and anxiety, it’s also important to recognize our hypocritical exclusion of “scary” illnesses, such as bipolar disorder, schizophrenia, and personality disorders, from gaining the same acceptance and awareness.

As a young girl coming of age in the mid-2000s, I remember Britney Spears’ 2007 public breakdown in vividly. Every day on the evening news, we would come home to a new video of the pop star being chased by a small army of photographers, during what was deemed by Rolling Stone to be “the most public downfall of any star in history.” Whether she was shaving her head or bashing a car window in with an umbrella, each action was accompanied by the cautionary tale from parents, teachers, and church leaders that this, they warned, was what would happen if you started doing drugs. Any semblance of nuance and humanity was stripped away from the woman going through very real, very public suffering as the nation stood ogling.

While the conversation around Britney’s struggle has shifted to a more empathetic tone in the time of increased conversation surrounding her controversial conservatorship, we certainly haven’t learned our lesson about finding entertainment in celebrity mental health struggles. Most recently, the world watched Kanye West’s last-minute bid for the presidency. West, who revealed his bipolar disorder diagnosis in 2016, has seen an uptick in scrutiny as he continues to give rambling and incoherent campaign speeches in an attempt to make the ballot in time for November. Despite the pleas for compassion from his wife, Kim Kardashian, the public has continued with their vitriolic finger-pointing, insistently asking “why hasn’t his family forced him into an institution yet?”

Being diagnosed with borderline personality disorder last year has given me an incredible amount of clarity in my life. Putting a name to my experiences has allowed me to redefine what I believed to be personality flaws, and find ways to improve my relationships, both with others and myself. It has also helped me to reframe negative habits and see the way they contributed to my favorite traits, particularly my loyalty to those close to me. Despite the narrative surrounding the condition, I found liberation in finding out about my BPD. I’ve even found a source of pride in surviving amongst a stacked deck. And yet, even though I’m at peace with my struggle, I continue to keep it to myself due to the broad-brush borderlines are consistently painted with.

Even though it was a film filled with stoners, sex jokes, and typical male tomfoolery, The King of Staten Island meant something to me. It was important for me to see an honest, three-dimensional depiction of someone struggling with the highs and lows of my mental illness, and it was important for me to see the first film where we got to control our own narrative. For once, people like us weren’t relegated to being the manipulative secondary character, but the principal who overcomes their struggles to end in triumph. This film was considered by reporters to be Pete Davidson’s “explanation” because it was the first time the general neurotypical audience shut the fuck up for a moment and just listened.

I’m not claiming that we never have the right to hold people with stigmatized mental illness accountable for their actions, nor do I believe that because of their struggles you have to become an instant fan. You’re allowed to believe that some of Davidson’s comments about women are problematic, and you’re also allowed to speak out when Kanye defends his harmful far-right agenda on the campaign trail. In order for us to maintain relationships with the mentally ill people in our lives, it’s almost demanded that we raise the flag when we find something objectionable.

We can’t, however, call ourselves mental health advocates while contributing to the oppression of the members of our community living in the darkest shadows. No amount of money protects you from mental illness, and believing that quipping on someone’s meltdown is okay because they’re famous doesn’t make you funny on the timeline, it makes you a bully. When you remark on a trait associated with a celebrity’s mental illness, don’t forget you’re also making comments about your friends and family quietly living with the same struggles.