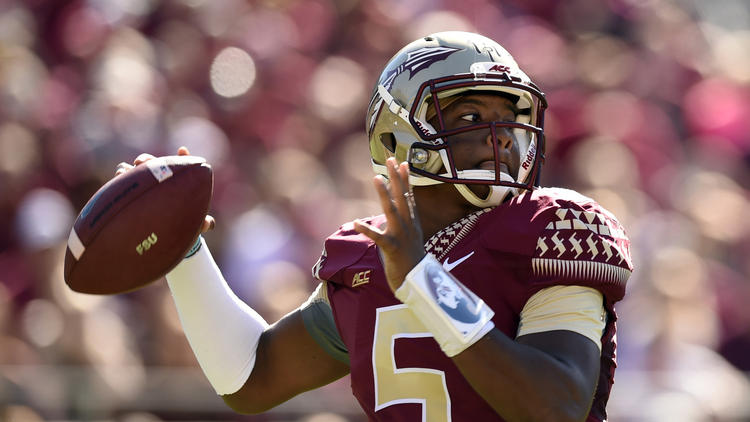 Florida has a reputation for a few things—citrus, hurricanes, Gator World, and, unfortunately, our lack of investigations on college sexual assault.

A little refresher on the case: a female FSU student reported that she was sexually assaulted in December 2012. She did not know the name of her attacker, but realized it was Winston, who had not played in any football games yet, when she saw him in class. In February 2013, after barely any investigation, Tallahassee police shelved the case.

What happened next is a little more well-known. After nine months of sitting on information, Tallahassee police gave the state attorney the report. They started an investigation, but it seemed as though Florida State administrators had been given a copy of the investigation report before the state attorney, hindering his efforts.

Now, almost two years after the alleged assault, it’s come to light that “FSU administrators and Tallahassee police ‘took steps to both hide, and then hinder’ the investigation.”

Also announced recently: Jameis Winston will face a disciplinary hearing to determine if he violated the FSU student code.

It’s a lot of information to take in.

I’ll admit—I don’t know much about sports. I follow FSU football because I go to school in Florida and the Seminoles are rivals to my alma mater.

Here are some things I do know: Winston has never been benched for possibly assaulting a student. Despite maybe being a rapist, Winston was allowed to play for the season, lead the football team to a national championship and win the Heisman trophy.

Is this how we reward individuals for accusations of rape and assault? This case has been a very public one. It’s setting an example for future acts of sexual violence on college campuses, or elsewhere.

What this tells bystanders is that sports are more important than justice. A national championship is more valued than the right to feel safe on one’s own campus.

I’ll give you another example. About a week and a half ago, a female student at my college accused the backup quarterback—who had just led our football team to a win, and whom most of the student body wanted to see moved up to first string—of sexual assault.

As a result, he was suspended from the team indefinitely, meaning he was not allowed to practice with the team and he would not be allowed to play until the matter was resolved.

More investigations should look like this. It is important that the reaction be swift and decisive and that all fronts—law enforcement, school administrators, coaches—be on the same page.

The safety and comfort of our college students is, and always will be, more important than any sports event.

Universities who receive federal money have a rule set in place already—Title IX, which requires that they “conduct prompt investigations into allegations of sexual assault against students if they know about them—or should know about them.”

FSU violated Title IX in their handling of the Jameis Winston case. As such, they should be penalized. They should be made an example of so that colleges around the country see the importance of a thorough investigation.

Colleges shouldn’t be motivated to investigate assaults just because of a federal rule, but if it helps bring more justice to campuses, then it can’t hurt.

The nation will be watching to see if Winston, or FSU, faces any punishment for his actions.

I’ll admit that I’m scared he won’t. I am scared that those present at his disciplinary hearing will feel that Winston is too valuable in terms of athletic ability to punish for his alleged actions.

Mostly, though, I am scared that I go to college in a state that would let my rapist walk free, as long he can score touchdowns for our school.