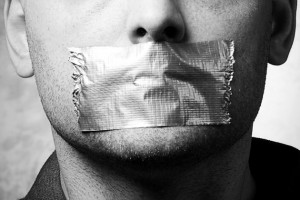 Anytime a protest happens on my campus, whether it be a counter-protest or a protest in response to signs to something, the argument of hate speech versus free speech is brought up. It seems as if nobody can come to a consensus, and it usually ends in people shaming our university administration and policies for allowing and tolerating “hate speech”. I often find myself torn between arguing for and protecting something a constitutional right and advocating for what I feel lines up with my morals and beliefs. This truly brings up the question: Is hate speech, free speech?

Attempting to answer this question has forced me to do a lot of research. So much so, that I’ve read about 50 court cases on the matter. Yet, somehow I feel like I still haven’t made much progress toward finding a clear answer.

The answer I’ve come to, however, is—sometimes. From what I understand, when it comes to hate speech, it depends on what is being said, to whom, and the situation. That being said, yes, there have been a multitude of legal excuses and pardons on acts of hate speech and hate crimes. That is why there is so much debate around the issue, because of the nuance and ambiguity surrounding it.

According to the Freedom Forum Institute, hate speech is broken down into the following categories: obscenity, fighting words, child pornography, defamation (including libel and slander), perjury, blackmail, true threats, solicitation to commit crimes, and incitement to imminent lawless action. These types of speech are not protected by the 1st amendment. However, there is a ton of wiggle room concerning what is considered tolerable. This is especially true regarding obscenity and fighting words. This again brings up the issue of context and analysis of the persons involved in each situation.

Many people who argue that hate speech is free speech, often use and throw around the phrase, “it is not hate speech just because it offends you.” Unfortunately, this is true, but a line must be drawn because one most definitely exists. One example is, that you cannot directly imply hate and elude to committing a crime against another person.

I am still baffled and confused as to how historically notorious hate crime groups, such as the KKK, are allowed to operate and share their propaganda. It is definitely against the law and all murder someone, especially if it was racially motivated.

This is where the analysis of “clear and present danger” is often used to determine what was perceived as hate speech. Even then, the definition of “clear danger” is quite ambiguous, in and of itself. Many lawyers and supreme court justices have commented on these gray areas, reminding the public why the courts are so important. The courts assist the people who’ve spent their entire careers analyzing the law and the documents that created the framework our country follows, such as the Constitution. They do so because often find these people find themselves in a rut. This is where, I guess, we leave it up to the professionals to decide.

The American Civil Liberties Union has also expressed its stance on protecting the first amendment, by acknowledging that yes, people can wear swastikas. However, the same right that protects and allows them to wear that symbol, is the same right that allows people to organize and protest fascism publicly. It’s not a perfect protection of rights, and many people have been prosecuted, murdered, and fined for expression of free speech, and have also had their expression limited by law.

That is why I cannot say hate speech is free speech. Because it inherently isn’t. When things are said and ideologies and are spread with hateful rhetoric, how can we say that it is not hateful? How can we guarantee that a hate crime will not be committed because of this?

The first chapter of In Our Defense: The Bill of Rights in Action, written by Ellen Alderman and Caroline Kennedy, covers the first amendment and free speech. One quote specifically stood out to me, “Yet a question remains: Why should we tolerate and grant free speech rights to people, who were they in power, would deny free speech to others?”. This was concerning the unrest and tensions happening in the United States after WWII, between the 60s and 80s. During this time there was heightened Klu Klux Klan activity, hate crimes against LGBTQIA+ folks, and the political unrest of the Cold War (including government programs to “crackdown” on possible Soviet espionage.)

The times are telling and are interesting. These days, it is often hard to distinguish and differentiate between moral constraints and legal permissions, and I guess that is what leaves us in the gray area that we so wish to escape.