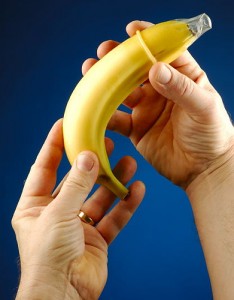 In 2007, the Board of Education in Kansas updated its policy with regard to sex education, removing the prior policy of recommending abstinence-only until marriage curriculum, and replacing it with a recommendation for an abstinence-based curriculum that includes factual information on STI and unintended pregnancy prevention.

While this policy, which remains intact, does not have the ability to require any specific curriculum for an individual school district, it has helped improve young people’s access to the information they need. Many school districts have adopted an abstinence-plus curriculum, which falls in line with the recommendations from the Board of Education.

This policy also does not include a requirement for any specific type of parental consent mechanism. Instead, the decision what type of parental consent is required has been left to individual school boards and their districts. Most districts in Kansas have an “opt-out” policy that informs parents about the curriculum, and offers the opportunity for parents to remove their children from sex education programs.

The local control of many aspects of sexual education curriculum in Kansas allows parents to be involved in the decision making process at its most basic level. This way communities can decide for themselves what curriculum is most appropriate for their needs, and make policy that reflects that.

In 2014, there were two bills introduced, one in the state House of Representatives and one in the state Senate, that would have imposed a state mandate for an “opt-in” policy for sexual and health education. This was arguably in response to an incident at a Kansas school where students were exposed to a poster that many felt was not appropriate. This proposed new policy would require all students to obtain written consent from a parent or legal guardian in order to be provided with any sexual or health education.

Although these bills did not pass the Kansas legislature in 2014, they have a very good chance of being reintroduced and seriously considered by the legislature in 2015. During the 2014 session, the two versions of the bill both failed, but there was a later effort in the House to attach a version of the bill as an amendment to an unrelated bill in order to bring it to a vote. This shows us the motivation of those pushing for this policy will likely survive to the next session.

When these bills were in their early stages, a group of college students from the University of Kansas, Emporia State University, and Wichita State University joined together in Topeka to urge legislators to oppose the passage of this policy. All were members of URGE-affiliated student groups, and they appeared to have some influence on policymakers’ decisions not to advance the bill further. In fact, shortly after these meetings, the House Education Committee amended the bill to remove the “opt-in” requirement. Young people may be called on again to oppose this legislation if it is reintroduced in 2015.

An “opt-in” policy is an unnecessary and potentially harmful requirement. In a situation where parents already have the ability to remove their students from sex education, there are few scenarios where this policy actually increases the ability of parents to be involved with the decision regarding what form of education their children will receive. Instead, this law would remove control of curriculum from communities, and replace it with a mandate by the legislature for the entire state.

The largest concern here is that students will fall through the cracks with a policy like this, and those with inattentive or apathetic parents will be the ones who are unable to receive the education they need. Unfortunately this is often also the group that can benefit the most from this information, as they are also the people least likely to receive it from their family.

I spoke with Elise Higgins, the Manager of Government Affairs for Planned Parenthood Advocates of Kansas and Mid-Missouri, and asked why access to sex education is important for young people.

“Sex education is the silver bullet for reducing violence in relationships, encouraging healthy communication, decreasing sexually transmitted infections, and preventing unintended pregnancies,” she said.  “Young people deserve accurate, complete information about their bodies and relationships so they can make the right decisions for their lives.”

When faced with the reality of a policy that removes access to vital information to a large group of students, I asked if there are other options for young people to obtain the education they need.

“Planned Parenthood does provide sex education, as do some local health departments and nonprofits,” says Higgins, “but those programs don’t come close to reaching the number of people in public schools.”

Access to accurate sex education programs provides  young people with the information they need to control their lives. Research has shown many times that fact-based education leads to positive behavioral changes and health outcomes for young people. In Kansas, this access to information is at risk, and if these policies are enacted, there will be students that do not receive the education they need. Kansas took a step forward in 2007 with this policy, and we will continue to work to ensure that our state does not take a step back in 2015.