Keeping All Families Together Is An RJ Issue 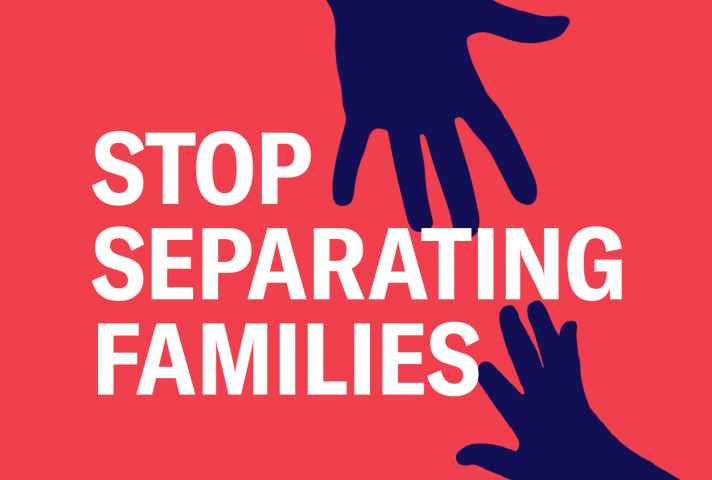 The right to family life, which can be loosely defined as the right of an individual to have and keep a family, is included across various pieces of international law, such as the Universal Declaration of Human Rights. If you can’t have your family recognized, have or parent your children, make healthy and autonomous decisions for your family, or stay with your family–that is not reproductive justice.

Unfortunately, the right to family life has a long history of being violently infringed upon in the United States:

From the family separation of enslaved folks to the legal kidnapping and forced assimilation of indigenous children to the raids and family separation by immigration officials today, it is clear which families the law isn’t willing to protect. The legacies that arise from the United States’ sordid history only serve to solidify the perceived illegitimacy of families made up of individuals with marginalized identities. Political agendas and right-wing ideology will denounce certain families, justify dissolving them, and act like they never had the right to exist within our borders.

The institution of family is considered to be vital; it’s held with almost a reverence in our nation. However, when there are families that are only allowed to be together or approved of because they meet certain conditions—such as being nuclear, having citizenship, or being unincarcerated—then there needs to be a deep reevaluation on whether we, as Americans, really uphold and believe in the right to family life. While a large majority of citizens claim to respect the family as a fundamental unit, the widespread allowance of current deportation, incarceration, and other discriminatory policies that continue to separate families seems to indicate otherwise.

In this way, the right to family life intersects with various issues in the United States: barriers to LGBTQ+ parenting, the immigration system, the criminal justice system, the foster system, and so on. Especially with the immigration system—we are living in a time that will define the future history of America. Reproductive justice activists must fight intentionally and vigilantly for families that are not allowed to exist in peace and with respect in our country.

What you can do: