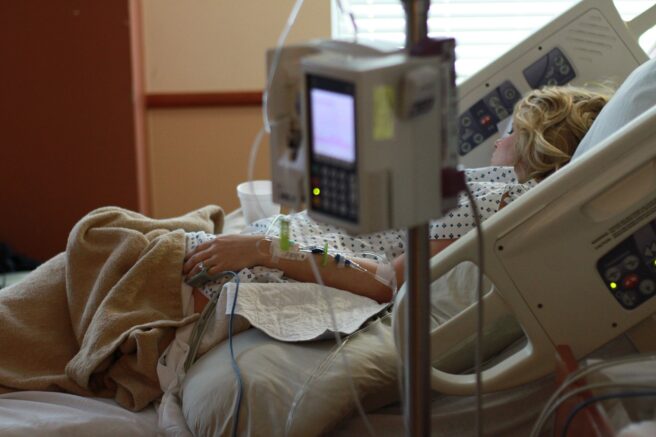 In just 18 months, two million lives have been lost to the novel strain of coronavirus. Throughout this entire nightmare, people have become comfortable with placing all blame on those who have remained wary and suspicious of the information relayed by the CDC and other agencies. But the responsibility is not theirs to carry alone. We continue to hurt ourselves by not acknowledging the lack of leadership from our government that has landed us here in the first place.

Many of the responses to coronavirus precautions have been absurd. However, a glance at this country’s healthcare policies and some of the officials who push them will show that the US has leaned into absurdity long ago. Our healthcare system has been the lowest performing amongst other western countries like the UK or Australia for the past 20 years, despite the billions of dollars spent. Those lawmakers who have helped make this feat possible are the same ones that are feeding misinformation about the pandemic to their constituents.

In the state of Arkansas, legislator Tom Cotton has been peddling the same theory about the Chinese government manufacturing the virus intentionally since the pandemic started almost two years ago. The danger of the rhetoric goes without saying, but what’s even scarier is that his claims have only been dismissed and not explicitly shut down by peers and news outlets up until earlier this year.

Switching our focus to the infamous state of Texas, as hospitalizations increase, Lt. Gov. Dan Patrick shifts blame from the state’s less than perfect policies on the matter to democrats and their black constituents. During an interview on Fox News, Patrick states that these cases are mostly among the unvaccinated, which is true. However, he follows this up by saying “the biggest group in most states are African Americans that have not been vaccinated” going on to point out that 90% of African Americans tend to vote democrat. On a surface level, these claims are not necessarily untrue, however, the way they are being utilized is intellectually dishonest.

As much as Democrats and Republicans both want it to be–COVID is not a partisan issue. Painting it as such has only fueled the conspiracy theories that have become so popular amongst conservatives. The long-standing racial disparities in healthcare and subsequent distrust are likely the reason why Black Texans are under vaccinated. Black people not being vaccinated is not what Texas’ problem is. After his rant about Black democrats, Patrick went on to say that he will only be encouraging those who already want the vaccination to receive it. Local leaders and state government have been battling each other over mask mandates and other COVID precautions for months. Like Patrick, the state is maintaining that families should be able to choose whether they want to protect themselves and others from the virus.

It takes compassion and a strong sense of community to defeat a virus like COVID-19, of which the United States has neither. Schools are opening across the nation amid an unprecedented spike in cases. While hospitals are running out of beds in both red and blue cities, democratic mayors like Lori Lightfoot stand by and allow super spreader events like Lollapalooza to occur with little to no caution. Even the CDC announced that vaccinated people were permitted to move about without a mask, despite knowing that not only is it possible to contract and spread the disease while vaccinated but that the variants emerging throughout the world are resistant to the vaccine. As many predicted, it has become clear that the mismanagement of this pandemic is not just an issue of the former Trump administration, the pathetic attempts to mitigate this crisis are bipartisan.

The lives lost from the coronavirus are incalculable, we are already two years into the pandemic, and it seems that we have a long journey ahead. The reality is, we have not reached this grim point in our history simply because Americans are too “stupid” to know what is good for them. There are legacies that have allowed for inequality and callousness to flourish in this country. As we all continue to push through, it is important that we keep our sites on the bigger picture and point our fingers towards systems, structures, and those that have the power to influence. We must push politicians to debunk myths outright, urging them not to meet misinformation and conspiracy with passivity. And at the very least, please get vaccinated and wear your mask.